Apple is not a chip company

The first Gen iPhone was revolutionary in many ways - in a way that every old manufacturer had to put itself on par with Apple. 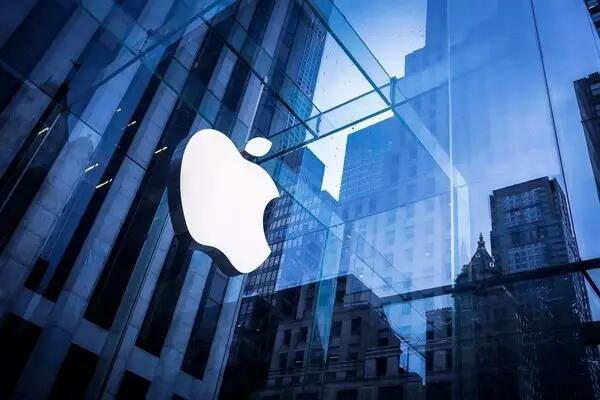 Apple received a round of applause because of the chip.

JohnySrouji and his chip division

If you’re looking for a name closely associated with Apple’s huge success as a chip developer, then JohnySrouji must be mentioned. he is the senior vice president of hardware technology and is considered one of the most important pillars in getting the Mac, iPhone, iPad, and even the Apple Watch to where they are today. Srouji joined the company in 2008, two years before Apple’s first proprietary chip came two years earlier. Apple is known to have invested billions of dollars to turn a slightly tweaked ARM reference design into the leader in high scores in almost every benchmark test today. It is estimated that chip development alone costs four to five billion dollars a year.

In late 2015, Apple promoted Srouji, an Israeli-born chip expert, to senior vice president. The honor was previously an oft-cited demonstration of the department’s exceptional strength. Apple actually wanted to release the first iPadPro in spring 2015, but there were significant delays. However, the six-month delay meant that the actual chip under consideration (the A8x) would not run any faster than the iPhone 6s’ A9. In just six months, the division had to take on the daunting task of designing a new chip and bringing it to market – namely the A9x.

In terms of performance, Apple currently dominates the smartphone, tablet, and laptop segments. This claim has become even truer since Apple introduced the M1Pro and M1Max, which made the MacBookPro one of the fastest computers on the market. To achieve performance, high-end desktops or gaming laptops several centimeters thick are required, all of which have several times the power consumption. The next major challenge and product category has emerged. According to the latest reports, AR/VR headsets should be able to work autonomously, rather than relying on iPhone chips – and require huge performance – after all, both internal displays can deliver resolutions of up to 8K at 120 frames per second. On the other hand, in the Mac space, it remains exciting to see how the MacPro will be set up at the end of the year.

mactechnews spoke with Johny Srouji, the chip expert Bloomberg has called “the most important Apple executive you’ve never heard of”. In fact, Srouji can only be seen in public when Apple’s events are about next-generation chips, and you can see him in his lab. From the outside, it’s hard to actually say how important his department has been to Apple’s success over the past decade. 2010 saw the A4, 2012 saw the first performance version of the iPad3, and 2013 saw Apple move towards its first 64-bit chip – all leading to the M1 chip that wowed the industry.

Speaking about how to design chips at home in the face of the epidemic, JohnySrouji said, “While it is possible to think about designing chip projects in great detail and plan everything, ultimately it still requires the team to be flexible and strong enough to change the direction of the research at any time.” This concept makes Apple more comfortable in the face of the impact of the new crown epidemic. Simply moving the planned chip was not possible, which is why new testing methods had to be developed in a very short time. For this reason, Apple Labs is equipped with numerous cameras for developers to connect.

“Apple is not a chip company”

Srouji still doesn’t see Apple as a “chip company” because Apple’s goal has always been to develop the best overall product. Chips and software must ensure that the dream becomes a reality. However, Apple has received a round of applause for its chips. In the fourth quarter of 2021, Apple’s overall gross margin for its hardware business reached 38.4 percent, a six-year high, and its consolidated gross margin reached 43.8 percent, up 4 percentage points year-over-year and a 10-year high. The chip team grew from 45 to thousands of employees, delivering an impressive overall product.

A big challenge is how many things you have to do at once,” Srouji said. It’s not just about delivering products that have been developed, it’s also about delivering the right chip for an increasing number of products and anticipating how the technology will evolve.” While hundreds of millions of devices flow to customers each year, it is important to keep an eye on future price changes at the same time. The team is definitely not chasing a task that can be accomplished. says Srouji: “Instead, it goes on day after day, year after year, and it’s a huge endeavor.”

*Disclaimer: This article was created by the original author. The content of this article is his personal opinion, we reprint it only for sharing and discussion, does not represent our approval or approval, if you have any objections, please contact the background.

PrevPreviousSuperior to GaN and SiC, AlN transistors are the next generation of semiconductor materials?
NextPaving the way for the next wireless breakthroughNext