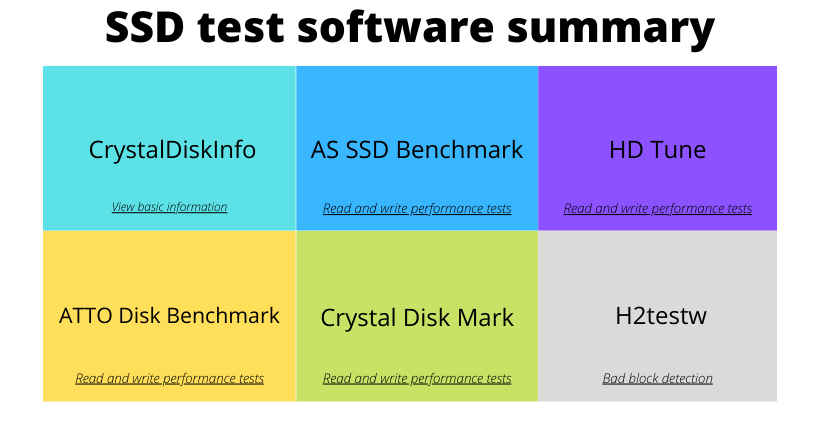 “Why do performance tests have so much data? I don’t know how to look at it.”

During the SSD read and write performance test, six test software are selected:

These software are selected to be tested together because they are common in SSD performance tests. Moreover, because the comprehensive test results of these testing software can reduce accidental results, they will be more authoritative and convincing.

In general, data that is read and written continuously is the best performance of SSD in the theoretical case. Random reads and writes reflect the performance of the SSD for complex daily operations.

Next, take this DiskMFR Colorful SL500 test as an example, take you to understand how to see the data.

The CDI is used to view the basic information about hard drives, including the health status of hard drives. You can CHECK if you bought something secondhand, as shown in the figure, power times 8 and use 0 hours.

HD software is characterized by a continuous speed curve, can fully see the test process read and write speed changes; As shown in the figure, the hard disk writing speed drops from 500MB/s to around 300MB/s.

H2 software can detect hard disk bad block, which can be understood as the detection of hard disk is fake; The figure shows “Test finished without errors” directly on the test results.