What about an SSD Tested Relentlessly for 12 days?

Quality is an important metric by which to judge the worth of an SSD. Quality in this context refers to the reliability of the SSD 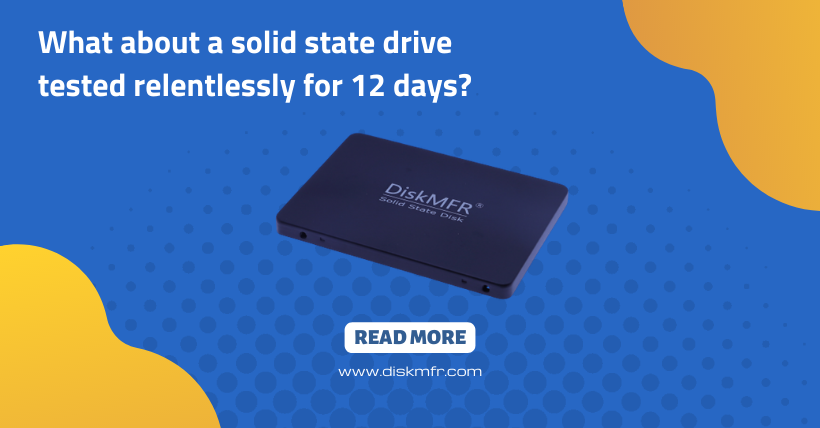 As a SATA interface SSD, the Hynix granules it uses ensure stable and impressive performance output with reading speeds up to 547MB/s. However, quality is also an important metric by which to judge the worth of an SSD. Quality in this context refers to the reliability of the SSD; that is, whether or not it is likely to fail during regular use. Ultimately, this determines whether or not an SSD is worth purchasing.

As a professional storage manufacturer, we are constantly testing our products to ensure they can withstand any conditions or environments. Today, we are testing the DiskMFR GMT500 to see if it can stand up to our rigorous tests. Let’s take a look at the final results.

The so-called burn-in Test is a process of exposing a product to extreme temperatures in order to test its reliability. The BIT (Burnin Test) software is used to read and write SATA disks at temperatures ranging from -10°C to 75°C for a period of 72 hours. The purpose of this test is to identify any potential failure points in the product.

The BIT software was set to 15% of the total disk volume being written each time, with a maximum load of 1000 and 72 hours.

After the test, the software displayed “PASSED”, meaning the test was successful. In this particular test, the DiskMFR GMT500 went through 124 cycles.

Finally, let’s take a look at the health of the drive. As you can see, after 8871GB of writing operations, not a single bad block was generated, which shows the quality of the DiskMFR GDRAWARS GMT500.

Transient voltages can seriously damage your computer components, including the power supply, motherboard, and solid state drives. This is known as a surge phenomenon, and it can easily lead to data loss.

After running the GMT500 software through 3000 power failures, we can confirm that there were zero errors and that the software passed the test. This process took a total of 72 hours.

If your computer is regularly restarting, it could be causing damage to your hard drive. This can lead to data loss and errors during testing. In some cases, it could even cause a blue screen of death.

By using the PassMark software, we also set 3000 restart cycles with an interval of 30 seconds. After the test, there were no errors, blue screens, or stalling.

The computer goes into sleep mode when you shut it down. The system saves the current state and then shuts down the hard disk. When you wake up the computer, it restores the state from before sleep. However, Windows memory management isn’t very strong, so frequent hibernation can cause system performance degradation. Also, if you don’t hibernate regularly, you may experience problems like stuttering and crashes.

After carrying out 3000 sleep cycles on the DiskMFR GMT500, we found that the machine was able to enter the desktop normally and without any errors. This test was a success!

In the face of 12 days of non-stop rigorous testing, the DiskMFR GMT500 easily passed, ensuring that users do not need to worry about it dropping the chain during use, and the official promise of a 3-year nationwide warranty also gives users no worries. In addition, the use of original high-quality particles and aluminum alloy outer case ensures stable performance output, making the GMT500 both fast and stable performance.