Why is The 13th Gen Core CPU Carefully Considered? 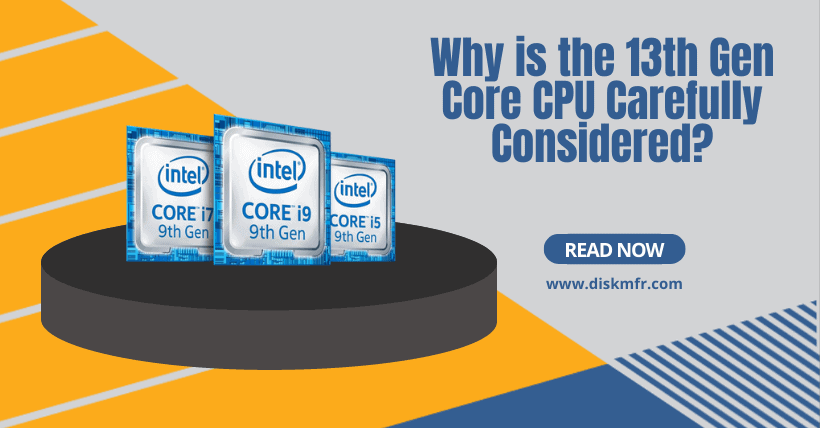 We’re about to step into September, manufacturers are hitting full force in the second half of the consumer market. Phone makers aside, the PC market is already on fire with AMD’s new Ryzen 7000 series processors, Nvidia’s announcement of new graphics cards on September 20th, and Intel’s new Core 13 processor on September 28th.

One of the most interesting netizens is the 13th generation Intel Core processors. In recent years, with the new Intel 7 process technology and innovative design, Intel has successfully surpassed the latest generations of Core processors in size and stigma eliminated Let the 12th generation Core processor become the most powerful processor on the market, whether for everyday work or pleasure. 3 One game cannot completely solve the bottleneck.

Unfortunately, this may not happen this year. According to foreign media outlet VideoCardz, Igor’s SLAB website leaked the official Intel Core 13 documentation, which includes a PowerPoint page on “new technologies and features” that basically confirms that the I5-13600 and later models will continue to make Alder Lake -Core will use the 12 cores.

Is Intel pulling out the toothpaste again two years later? The news sent social media users on a rollercoaster ride, but as a current user of the I5-12400F, I felt no emotion reading the news. Are 13th Gen Core processors a “squeeze” and how does this affect 12th Gen Core processors? Let’s break it down.

▮ One step forward, one step back

As previously announced, Intel will use the new “Raptor Lake-S” architecture in 13th-generation Core processors. The Raptor Cove Big Core (P-Core) has increased its level 2 cache from 1.25MB to 2MB. The amount of secondary cache shared between the four Gracemont E-Cores in the cluster has been doubled from 2MB to 4MB, which coupled with significant changes to power management and cache design results in excellent chip performance and memory latency.

Of course, the same architecture doesn’t mean that mid-range to low-end 13-core processors are just skinny versions of their predecessors. According to the information released so far, the entire system of the I5 13th Gen processor has added the E-core configuration, including the I5-13400 with 10 cores and 16 threads, the I5-13500 with 14 cores and 20 threads, and the I5 -13600 also upgraded to 14 cores and 20 threads.

In addition, the performance of Intel’s high-end processor has reached a new level thanks to the performance optimization of the Raptor LaKE-S architecture. Take the I9-13900K as an example, the number of cores of this processor has reached All 24 cores, the number of threads reaches 32 threads, and the highest factory frequency is 5.8 GHz. According to Intel, the I9-13900K should reach an amazing 6 GHz.

In summary, since the core architecture does not change, the mid-to-low-end 13th Gen processors’ P-Core configuration is similar to the previous generation, except that Cluster E -Core is added. to improve multicore performance. On the contrary, changes in the core architecture of high-end processors Level2 cache / L3 cache and the main frequency have improved, but due to the high-performance increase amplitude, the 13th generation of high-end processor core performance certainly has an obvious promotion. nearly 300W max power consumption, to unleash full power requires more excellent cooling.

Interestingly, when Gen 13 information came out, opinion began to form on the internet: instead of buying Gen 13 Core, buy Gen 12 Core!

Why this argument? The main reasons, in my opinion, are as follows. First of all, 13 Ascension in the Core generation is mainly known E – core cluster, especially in the face of light workload, low complexity E – although Core can improve the performance of multiple cores, the demand for high load and high pressure of the game without much help, instead due to the low frequency and reduces the frequency of the CPU sharing the l3 cache, affecting the experience of the game.

Secondly, due to the addition of E-Core clusters, users must be running Windows 11 to get the full performance of Core 13. However, the current Windows 11 system still has many flaws and consumer reviews are mixed. , while 12th-generation E-Core non-cluster core products can be seamlessly integrated with the mature Windows 10 system.

As E-Core clusters become more popular, Core 12 will be the last product generation to perfectly match Windows 10. Like the latest generation of 7th Gen Core, which is a perfect match for Windows 7, the next top 12 models should hold up their value surprisingly well.

Last but not least, there is the question of price. According to WCCFTech, Canadian online retailers have started listing upcoming 13th Gen Core processors, including the I9-13900K, I7-13700K, and I5-13600K, along with their pre-order prices. , after the entire product line was leaked. Compared to the previous generation of products, the price has increased by an average of 17%, and the possibility of further price increases after entering the domestic market is not excluded.

▮ Words in the end

PrevPreviousHow Does SSD innovate When cars become servers?
NextWhat is Difference between Inserting 2 and 4 Memory Modules?Next