For start-up semiconductor companies, this is a ticket that will surely become a symbol of technology. 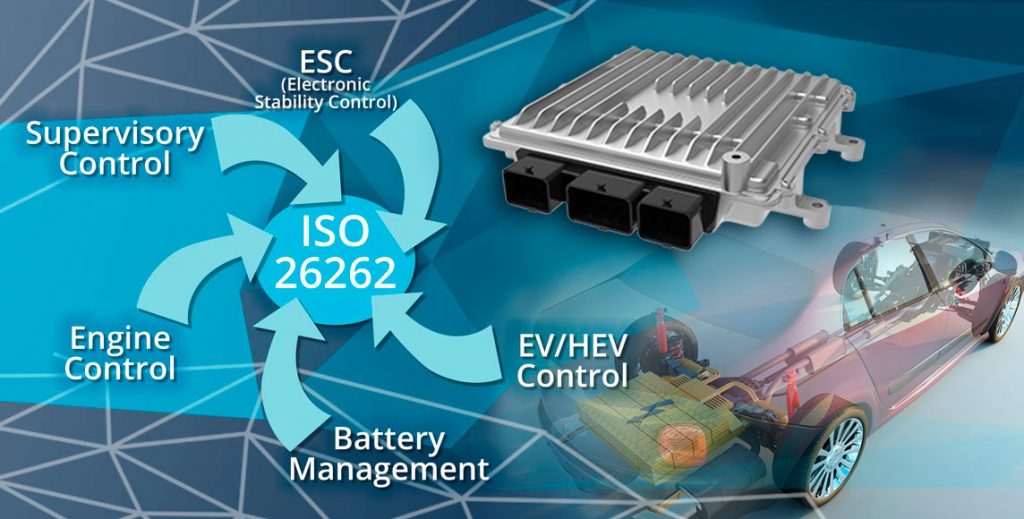 For start-up semiconductor companies, this is a ticket that will surely become a symbol of technology.

ISO 26262, established in November 2011, is a “functional safety” standard related to automotive electronics. Later, the second edition was released in 2018, which added a semiconductor part and became a standard for vehicle-grade components.

ISO 26262 determines the Safety Level of an A system or component based on the degree of Safety risk from A to D, Automotive Safety Integrity Level (ASIL) is the lowest A-Level, and D Level is the highest. As ASIL levels increase, so do the requirements for system hardware and software development processes.

In recent years, ISO 26262 has become the hot property of intelligent vehicles and has been extended to the upstream of the semiconductor industry, into IP, chip manufacturing, and other links.

However, the object of ISO 26262 standard covers the entire vehicle development life cycle from the concept of the vehicle to the system, ECU(electronic control unit), embedded software, component development and related production, maintenance, scrap, and so on. What market trends are driving semiconductor companies to embrace this security standard, which is actually extremely demanding?

What does ISO 26262 mean for semiconductor companies?

ISO 26262 is the automotive electrical/electronic related functional safety standard, ISO 26262 certification is divided into two aspects, the first process (development process) standard, development process standard is based on the previous IATF 16949, the introduction of accounts, traceable categories of management content. The other is the product (product performance) standards, mainly for product performance standards, requirements of the safety mechanism in line with various levels of ASIL certification, additional self-diagnosis, and other functions. Different certifications, such as QM, ASIL-A, ASIL-B, ASIL-C, AND ASIL-D, are classified according to their importance to personal safety.

Today, component manufacturers facing such functional safety requirements must pass ISO 26262 certification in order to advance the automotive business. The ISO 26262 standard precalculates the risk of failure in automotive electronic control and pre-integrates the mechanisms to reduce this risk as part of the functionality of the system, thus achieving the standardized development process of “functional safety”.

Semiconductor factories have long been laid out

Some semiconductor “top students” have already done their homework on ISO 26262.

In terms of controllers, In 2020, Infineon announced that its second-generation AURIX™ (TC3xx) microcontroller became the world’s first embedded safety controller certified with the highest Automotive Safety Integrity Level (ASIL-D) according to the latest ISO 26262 standard.

Underhand competition among the host vendors

ISO 26262 standard was originally promoted by European OEMs to establish, and the United States, Japan, South Korea, and China are in succession to follow this standard. At present, international mainstream OEMs such as BMW, Mercedes-Benz, GM, and Volkswagen, as well as domestic mainstream OEMs such as Great Wall, SAIC, Geely, and BYD, have made functional safety development requirements for important control systems, and regard suppliers’ functional safety development capability and product functional safety capability as one of the criteria for supply chain access.

On March 23, BYD announced a partnership with Nvidia on smart driving technology. Starting from the first half of 2023, BYD will equip some of its new energy vehicles with Nvidia’s DRIVE Hyperion platform, enabling intelligent driving and intelligent parking. Nvidia DRIVE Orin is the world’s highest-performance chip on the vehicle scale. The chip is capable of 254 top computing power, 254 trillion calculations per second, a high-speed peripheral interface, and high memory bandwidth (205GB/ SEC) and can seamlessly process data from multiple sensor configurations for safe and reliable intelligent driving. Nvidia DRIVE Orin chips comply with ISO26262 ASIL-D and other systematic safety standards, to ensure the safety and advancement of intelligent driving.

In the field of cockpit SoC, Samsung, NXP, Renesas, Telechip, and other enterprises have achieved the ASIL-B grade of ISO 26262 standard. Qualcomm’s latest SoC8295 is also designed according to ASIL B grade. In the field of autonomous SoC, Renesas, Infineon, Mobileye and other enterprise products are ISO 26262 ASIL-D rated. TUV SUD has confirmed that the Nvidia Xavier system chip meets ASIL-C-rated random hardware integrity and ASIL D-rated system requirements.