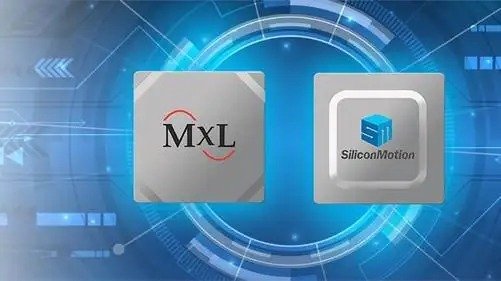 On the evening of May 5, 2022, SMI, a leading SSD manufacturer, and MaxLinear, a leading supplier of rf, analog, digital, and mixed-signal integrated circuits for industrial and multi-market applications, announced that they have reached a definitive agreement. Acquisition of SMI by MaxLinear in a cash and stock transaction at $114.34 per American Depositary Share (ADS) based on MaxLinear’s closing price on May 4th!

The combined company would be worth $8 billion. Under the merger, Each Of SMI’s American Depositary receipts (equivalent to four common shares of Huirong) will receive $93.54 in cash and 0.388 common shares of MaxLinear.

The news that SMI might be sold was first reported by Bloomberg on April 25, which alarmed the industry. At that time, Flash information and SMI were close to the senior industry consultation, and the other party said “never heard of, should not be possible”. Another insider told Flash news that “SMI is in the United States to discuss details”, but later retracted the remarks. These circumstances reflect how much SMI respects the acquisition of the news of the sensitive degree. Now, the acquisition of SMI and MaxLinear will be what kind of sparks, we wait and see!

After the acquisition, the combined company will build on MaxLinear’s RF, analog/mixed-signal, and processing capabilities, combined with SMI’s leading NAND Flash controller chip technology, with combined annual revenue of over $2 billion and an overall potential market opportunity of $15 billion.

Resolution “today’s announcement to celebrate the two companies merge milestone, a decade of two companies in their respective industry major innovation achievement is there for all to see. The merged company scale, in the semiconductor industry, has produced results of more than $2 billion of new giant, run across a range of diverse end markets at the same time, the status and landscape are to be reckoned with. MaxLinear has demonstrated a strong and successful integration track record and looks forward to continued strong growth, exceptional operating profit margins, and substantial cash flow from this combination.”

“Over the past 20 years, we have built and grown SMI Technology, committed to driving innovation, working with all our key customers, and supporting our peers around the world. The merger of SMI Technology and Maxlinear Technology has created huge economies of scale and accelerated our expansion into the enterprise storage market. Combined with our unparalleled smart property lineup, we continue to serve our customers in all sectors with high-quality expertise and technical support. This transaction will deliver compelling value to our shareholders, ensure our company achieves its growth objectives and continue to advance our position in the high-growth storage end market. We are delighted to be partnering with the Marling team to take the potential and prospects of the combined business to new and higher levels.

Profiles of the two companies

One of the world’s two largest NAND Flash control chip suppliers, with a broad portfolio of control chip technology, controller products are widely used in data centers, PCS, smartphones, as well as a variety of commercial and industrial applications SSD and eMMC+UFS devices storage products.

Over the past 10 years, SMI has shipped more than 6 billion UNITS of NAND control chips and also provides customized high-performance ultra-large-scale data centers and industrial SSD solutions to most of the major NAND Flash manufacturers, memory module manufacturers, and OEM leaders.