Will Wi-Fi affect health as it introduces a new spectrum? 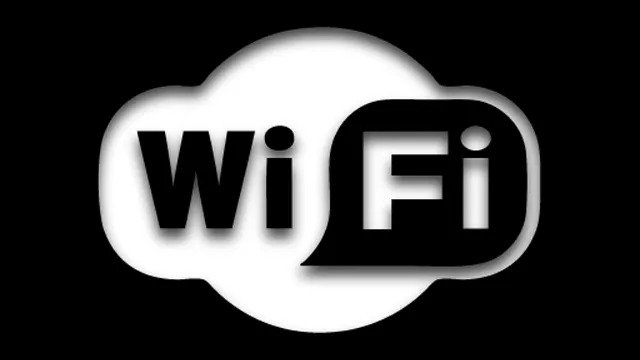 KennethR. Foster, professor emeritus at the University of Pennsylvania, has decades of experience studying radio frequency (RF) radiation and its effects on biological systems, IEEE reports. He has now co-authored a new survey on the topic with two other researchers, MarvinZiskin and Quirino Balzano, all of whom are tenured IEEE fellows with over a century of experience on the subject.

Q: For those unfamiliar with the distinction, what is the difference between exposure and dose?
Kenneth Foster: In the rf safety context, exposure refers to the field outside the body, and dose refers to the energy absorbed within the tissues of the body. Both are important for many applications — for example, medical, occupational health, and safety research in consumer electronics.

Q: Is exposure assessment a solved problem in your opinion?
Foster: Measuring rf fields in free space is not a problem. The real problem that arises in some cases is the high variability of rf exposure. For example, many scientists are investigating the level of rf fields in the environment to address public health concerns. This is no easy task given the large number of RF sources in the environment and the rapid decay of the RF field from any source. Accurately characterizing an individual’s exposure to rf fields is a real challenge, at least for the few scientists who attempt to do so.

Q: When you and your coauthors wrote your IJERPH article, was your goal to point out the success of exposure assessment studies and dosimetry challenges?
Foster: Our goal is to point out the remarkable progress that has been made over the years in exposure assessment research, which has added a lot of clarity to the study of the biological effects of rf fields and has driven significant advances in medical technology.

Q: How much has the instrumentation improved in these areas? Can you tell me what tools you could have used at the beginning of your career, for example, compared to the tools available now? How does the improved instrument contribute to the success of the exposure assessment?
Foster: The instruments used to measure rf fields in health and safety research have become smaller and more powerful. A few decades ago, who would have thought that commercial field meters would become rugged enough to take to the workplace, capable of measuring rf fields large enough to pose an occupational hazard, and sensitive enough to measure weak fields from distant antennas? At the same time, determine the precise spectrum of the signal to identify its origin?

Q: What happens when wireless technology moves into new bands — millimeter and terahertz waves for cellular use, for example, or the 6GHz band for Wi-Fi?
Foster: Again, the problem is the complexity of the exposure, not the instrument. For example, high-band 5G cell towers emit multiple beams that move through space. This makes it difficult to quantify exposures to people near cell towers to verify that they are within safe limits (as they almost always are).

Q: If exposure assessment is a solved problem, what makes the leap to accurate dosimetry so difficult? What makes the first one so much easier than the latter?
Foster: Dosimetry is more challenging than exposure assessment. You usually can’t insert an RF probe into someone’s body. There are many reasons why you might need this information, such as the need to heat tissue to precisely specified levels during hyperthermia therapy for cancer treatment. Too little heat, no therapeutic benefit, too much, and you burn the patient.

Q: Can you tell me more about dosimetry today? If you can’t insert a probe into someone, what’s the best thing to do next?
Foster: It is possible to measure fields in the air using old-fashioned radio frequency meters for a variety of purposes. This is certainly the case with occupational safety work, where you need to measure the rf field occurring on the worker’s body. For clinical hyperthermia, you may still need to string patients together with a heat probe, but computational dosimetry has greatly improved the accuracy of measuring heat dose and has led to important advances in the technique. For radiofrequency biological effects studies (for example, using antennas placed on animals), it is crucial to know how much radiofrequency energy is absorbed into the body and where it goes. You can’t just wave a phone in front of an animal as a source of exposure (but some investigators have done just that). For some major studies, such as the recent National Toxicology Program study on lifelong exposure to rf energy in rats, there is no real alternative to computational dosimetry.

Q: Why do you think there is so much ongoing concern about wireless radiation that people measure it at home?
Foster: Risk perception is a complex business. The characteristics of radio radiation often cause concern. You can’t see it, there’s no direct link between exposure and the kinds of effects that some fear, and people tend to confuse radiofrequency energy (non-ionizing, meaning its photons are too weak to break chemical bonds) with ionizing radiation like X-rays (really dangerous). Some people believe they are “overly sensitive” to wireless radiation, although scientists have been unable to demonstrate this sensitivity in properly blind and controlled studies. Some people are threatened by the widespread availability of antennas for wireless communications. One can find a scary story in the scientific literature, which contains many health-related reports of varying quality. Some scientists think there may indeed be a health problem (though health agencies have found they have little concern, but say “more research” is needed). The list goes on.
Exposure assessment plays a role in this regard. Consumers can buy cheap but very sensitive RF detectors and investigate rf signals in their environment, and there are many of them. Some of these devices “click” when measuring rf pulses from devices such as Wi-Fi access points, and sound for the world like a Geiger counter in a nuclear reactor. Scary. Some RF meters are also sold for ghost hunting, but this is a different application.

Q: Last year, the British Medical Journal published a call to halt 5G deployment until the safety of the technology was determined. What do you think of these views? Do you think they will help inform parts of the public concerned about the health effects of RF exposure, or will they cause more confusion?
Foster: You mentioned an opinion piece by [epidemiologist John] Frank, and I disagree with most of it. Most health agencies that have reviewed the science have simply asked for more research, but at least one — the Dutch Health board — has called for the rollout of high-band 5G to be suspended until more safety studies are completed. These recommendations are sure to get the public’s attention (although HCN also thinks there are unlikely to be any health concerns).
In his article, Frank wrote that “emerging advantages in laboratory research point to the destructive biological effects of RF-EMF [radio frequency electromagnetic fields].” And here’s the problem: there are thousands of radiofrequency biological effects studies in the literature that vary widely in terms of endpoints, health relevance, study quality, and exposure levels. Most of them reported some kind of effect at all frequencies and at all exposure levels. However, most studies have a significant risk of bias (inadequate dosimetry, lack of blinding, small sample size, etc.) and many studies are inconsistent with other studies. “Emerging research strengths” mean little in this obscure literature. Frank should have relied on closer scrutiny from the health authorities. These have consistently failed to find clear evidence of adverse effects of environmental rf fields.
Frank complained about inconsistencies in public discussions of “5G” — but he made the same mistake of not mentioning spectrum when referring to 5G. In fact, low – and mid-band 5G, which operates at frequencies close to current cellular bands, does not appear to present new exposure problems. High-band 5G will operate at frequencies slightly below the millimeter-wave range, starting at 30 GHz. There have been few studies of biological effects in this frequency range, but the energy barely penetrates the skin, and health agencies have not expressed concerns about its safety at ordinary exposure levels.
Frank didn’t specify what research he wants to do before “5G,” whatever he means by that. The [U.S. Federal Communications Commission] requires licensees to comply with its exposure limits, which are similar to those in most other countries. There is no precedent for requiring new RF technologies to be directly assessed for RF health effects prior to approval, which may require an endless series of studies. If FCC restrictions are unsafe, they should be changed.
For a detailed review of studies on 5G biological effects, see [Ken] Karipidis’s article, which found “no conclusive evidence that low-level rf fields above 6 GHz (such as those used by 5G networks) are harmful to human health.” The review also called for more research.

Q: So is that what’s needed at this point? More research?
Foster: The scientific literature is mixed, but so far health agencies have found no clear evidence of health hazards from environmental rf fields. But to be sure, the scientific literature on the biological effects of millimeter waves is relatively sparse, with about 100 studies and varying quality.
The government makes a lot of money selling 5G spectrum and should invest some of it in high-quality health research, especially high-band 5G. I am personally more concerned about the possible impact of excessive screen time on children’s development and privacy issues.

Q: Are there ways to improve dosimetry? If so, what are some of the most interesting or promising examples?
Foster: Probably the main advances have been in computational dosimetry, with the introduction of finite difference time domain (FDTD) methods and numerical models of the body based on high-resolution medical images. This allows very precise calculations of the body’s absorption of rf energy from any source. Computational dosimetry has breathed new life into established medical therapies, such as hyperthermia for cancer, and has led to the development of improved MRI imaging systems and many other medical technologies.

PrevPrevious$3.8 billion! SSD Control Manufacturer SMI was acquired by Maxlinear!
NextHow to choose the hard disk for the monitoring project?Next