Although both situations are referred to as "chip wars", it is short-sighted & misleading to analyze the current war in terms of semiconductor technology. 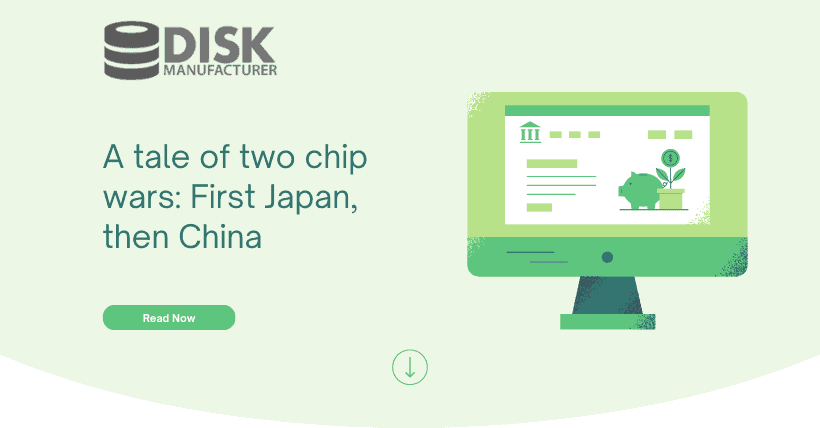 When it comes to the current China-US chip war, reminds us of the US-Japan chip war.

In both conflicts, the US seeks to defend its leadership in technological innovation while preventing rapid advances by its opponents.

However, it is difficult to draw parallels between the two trade conflicts. In terms of motivation, means, and scope, the China-US chip war is completely different from the US-Japan semiconductor war of the 1980s and 1990s.

Only when Japan gave in to American demands did the conflict end. In contrast, China certainly won’t make the same decision as Japan, so it’s hard to predict where things will go.

Although both situations are referred to as “chip wars”, it is short-sighted and misleading to analyze the current war solely in terms of semiconductor technology.

Turn the clock back to the mid-1980s: different times, different places, and different technologies. The trigger was DRAM.

US chip companies have accused their Japanese competitors of ramping up DRAM production and then selling memory chips cheaply in the US and elsewhere.

It should be noted that US chip companies, not the US government, fired the first shots. As Japan’s DRAM market share has grown rapidly, the US semiconductor industry has reacted furiously. Although Intel, AMD, and others didn’t even make DRAM (at the time the U.Memory manufacturers were Micron and TI) they all banded together to convince the government to blame Japan for dumping DRAM.

At the behest of the chip companies, the US government demanded that Japan cede 20% of the domestic semiconductor market to foreign companies in the name of market access.

Despite the lack of practical means to secure market share, Japan agreed to the US special request. At the end of 1992, foreign chip companies held a 20.2 percent stake in Japan, although the total has fluctuated since then.p>

In response to the dumping allegations, Japan’s Ministry of International Trade and Industry has imposed voluntary “anti-dumping” export restrictions on domestic companies. Essentially, the MITI policy is to reduce DRAM production to meet export price targets.

The immediate beneficiaries of the move to Japan are Micron and TI. Other US chip companies have avoided the DRAM market to focus on microprocessors.

But the biggest victims of the US-Japan trade deal are US computer manufacturers who need cheap DRAM.

Instead, the chip war between China and the US was started by the US government. While American businesses have long complained about China’s market-access tactics, they have not lobbied for stricter technology export controls, which are at the heart of the current trade war.

It would be a mistake to assume that the new trade restrictions are simply an escalation of the Trump administration’s sanctions against Huawei.

In contrast to the previous government’s dispersed approach to China, the Biden administration has been methodical, reshaping relationships as it seeks to rebuild the technology supply chain.

At first glance, US export controls appear to be about semiconductors, restricting shipments to China of advanced chips that can be used in AI and supercomputers and Chip Design Software.

For now, the measures could limit the ability of U.chip companies like Nvidia and AMD to sell advanced products to China. Advanced semiconductor manufacturing equipment manufacturers and software tool companies will also miss out on the potential Chinese market.

In an interview with the Financial Times, a top Toshiba executive for NAND chips at Kioxia warned that a supply chain decoupled from China would be costly for the semiconductor industry. It won’t happen in “six months or a year,” he said. added.

Ultimately, US export controls will likely hurt any company seeking access to the vast Chinese market.

While market access for technology has been the dominant model of US economic relations, the United States no longer sees market access as a top priority when dealing with China. Because, unlike Japan, China’s economic and technological strength grew rapidly during the market access period.

How will it end?

The US trade deal with Japan allows the US to sell the “quantitative gains” it has made from Japan. But in hindsight, critics of the deal disagree. ‘ Douglas Irwin wrote that this was a step towards cartelized ‘managed trade’ and export protectionism’.

Did the U.S. succeed in holding back the Japanese DRAM? Not necessarily.

Instead, Japan focused on high-end DRAM devices and became the ideal choice for high-end workstations.

It wasn’t US sanctions that killed the Japanese DRAM. Instead, it was Japan’s memory chip makers who made the big mistake of refusing to produce mid- to low-end DRAMs (like those used in PCs and cell phones with product lifecycles of only a few years). In the end, South Korea beat Japan in the memory business.

Likewise, the view that the US-China trade war will hamper the development of semiconductor technology in China is very short-sighted. China will catch up, fueled by steady investment from all levels of government and Chinese private capital.