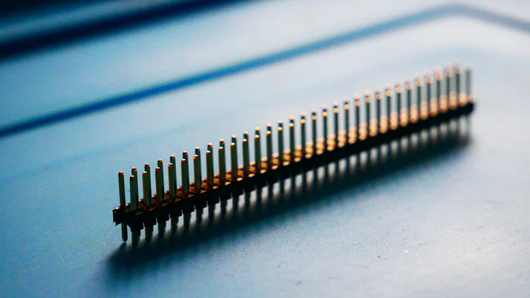 The chip shortage has increased lead times for fabs and other tools used to make complex semiconductors. Lead times for fab equipment ranged from three to six months through 2020, extending to an average of 10 months in the first quarter of 2021 and 14 months in July 2021. For some fabs, lead times exceed two years.

Securing the supply of chips needed for semiconductor manufacturing equipment, which can expand capacity without changing its allocation strategy, will significantly reduce lead times for fabs.

Extended equipment lead times are hampering the expansion of fabs that already have room to expand capacity; In addition, delivery delays can seriously impede the expansion of material and process equipment suppliers, package and test providers, and their supply chains. According to SEMI, 86 new or major fab expansions are expected to come online between 2020 and 2024 (see Figure 1), with 200mm fab capacity growing by 20% and 300mm fab capacity growing by 44% during this period. But longer equipment delivery times mean planned chip production capacity is being ramped up more slowly, potentially prolonging the shortage.

Importantly, while the percentage of semiconductors required to build semiconductor manufacturing equipment is very small, these tools are capable of producing large numbers of chips, equivalent to a multiplier effect of > 1,000 times. Semiconductor manufacturing equipment OEM requires a variety of numbers and types of semiconductor devices, such as field-programmable gate arrays (FPGA), power management IC (PMIC), sensors, microcontroller units (MCU), programmable logic devices (PLD), analog-to-digital converters, power amplifiers, and memory chips — all suitable for their different tools. The multiplier effect applies to all tools, some examples include:

A typical FPGA testing tool requires about 80 FPGA to build. However, the tester can test about 320,000 FPGAs per year — with a multiplier effect of about 4,000 times.

Process tools require about 100 FPGAs to build and can process 120 or more wafers per hour. Wafers pass through each tool multiple times in the manufacturing process, but the contribution of most tools to overall production is equivalent to at least 2 million devices per year — about 20,000 multiples.

A typical MCU tester requires about 100 FPGAs to be manufactured, but the tool can test nearly 10 million MCUS in a year, with a multiplier effect of about 100,000 times.

MCU is one of the chips facing the most severe shortage. They are used in many key downstream industries including automotive. If we consider an example of using a 100,000-fold multiplier effect on the tester and extending it to the automotive supply chain, assuming that the number of MCUS required for vehicle manufacturing is about 100 per vehicle, then each tool/tester could enable enough MCUS to build 100,000 vehicles (see Figure 2).