Why do flash media have erasure life limits?

The basic unit that holds data in flash media is called a Cell.  Each Cell records different data by injecting and releasing electrons.  Electrons in and out of the Cell will wear the Cell.  As the wear increases, the probability of electrons escaping from the Cell increases, causing the data stored in the Cell to jump.  (For example, a Cell might start with a binary of 10, and then read the Cell for a while, and the binary might become an 11.)

Data stored in the flash memory has a probability of changing, so it must be used with the error-correcting code (ECC).

Why can LDPC improve the erasable life of flash memory?

The data stored by flash memory will jump after being saved for a period of time. And the number of jumps increases with the increase of erasure times. Therefore, an ECC engine is required inside SSDs to check and correct data errors.

In the SSD field, the current standard ECC algorithm is the BCH algorithm (named after the initials of the three authors), which can meet the majority of SSD error correction requirements. The maximum number of erasures claimed by flash media is based on the BCH algorithm.

However, with the widespread application of TLC media and 3D NAND, the error rate of the same data block at the end of its life will greatly increase, and the error correction ability of BCH coding is very weak, which also makes LDPC error correction algorithm in the SSD field has a useful place.

LDPC algorithm is an algorithm with a strong error-correction ability (compared with BCH, it can correct more data jumps) and high complexity. It was first applied in the communication industry.

In 1963, A paper named “Low-Density Parity-Check Codes” by Gallager described the algorithm idea in detail. Since then, LDPC was born. LDPC coding has been widely used in optical communication, satellite communication, communication, and other fields, which can be said to be a very mature error correction algorithm.

How is SSD performance reflected?

In terms of IOPS, the IOPS provided by an SSD is the same as that provided by high-performance HDDs. However, the low latency of SSDs cannot be provided by HDDs.

Is it true that SSDs break after being written thousands of times?

Of course, this is not true. The SSD writes to a new physical address each time it handles data writes so that all of the flash physical space is used evenly.

So even though the SSD’s flash media can only be written thousands or tens of thousands of times, making flash INTO AN SSD can meet the needs of enterprise applications.

SSD lifespan generally refers to the wear life of the Nand Flash it uses. Other components in an SSD do not limit or limit the service life of the SSD. To prolong SSD wear life, most manufacturers use the following methods.

SSD longevity is not solely dependent on the type of flash memory, but rather on a combination of factors. Through abundant capacity redundancy, a powerful LDPC error correction algorithm can meet the needs of various enterprise applications.

What are the common causes of SSD failure?

The possible causes of SSD faults include flash media faults, hardware faults, and software faults. SSDs have no mechanical components compared with HDDs, so they have lower requirements in various aspects of the operating environment. An environment that can meet the normal operation of HDDs can fully meet the normal operation of SSDs. In addition, SSDs can give full play to their advantages of stability and reliability in vibration environments such as subways and ships, and maintain stable operation of services.

Can DATA be recovered after an SSD failure?

Although the principles of SSDs and HDDs are different, the faulty SSDS can be partially or completely recovered by troubleshooting faults in most scenarios. SSDs are similar to HDDs in this respect.

So much for today’s sharing. For more in-depth knowledge of flash, please refer to the previous detailed articles.

PrevPreviousTittle-Tattle: How much can LED bulbs save?
NextHere are some common misconceptions and prejudices about SSDsNext 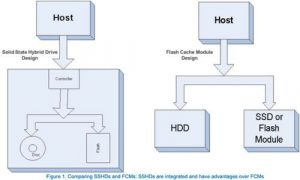 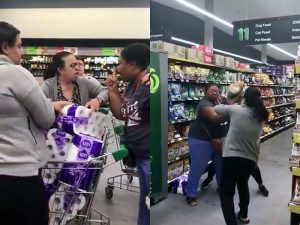 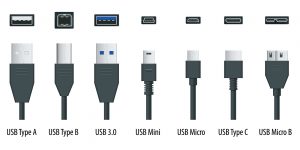