From sand to Wafer, what has gone through?

SiO2 is the main component of sand, and silicon (Si) is the raw material of semiconductors, so it is directly extracted from sand. 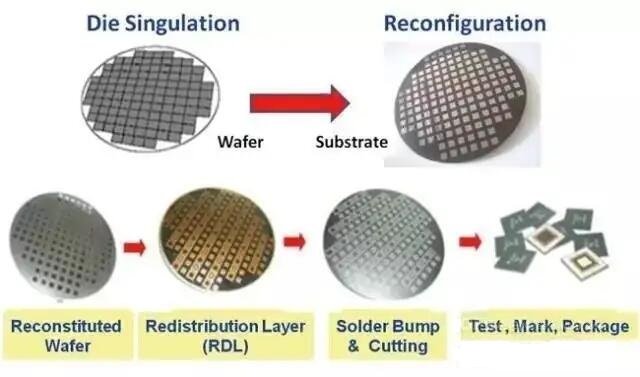 Why can sand be used as a raw material to make wafers?

The main reason for choosing sand is that SiO2 is the main component of sand, and silicon (Si) is the raw material of semiconductors, so it is directly extracted from sand. First, sand (SiO2) reacts with carbon at high temperatures (2000C) to produce silicon and CO2. At this time, the Silicon is metallurgical Grade (MGS: Metallic Grade Silicon), which is crude polysilicon. After purification of polysilicon, the purified TCS reacts with H2 at 1100C to generate electronic grade (EGS: Electric Grade Silicon) polysilicon and HCl, and then the production of monocrystalline silicon.

How to get from ingots to individual wafers?

Here the silicon wafers are done. At present, the global silicon wafers have been concentrated in the hands of the top five suppliers, including Shin-Etsu Semiconductor, Shenggao, Taiwan’s Global Crystal, Germany’s Silitronic, and South Korea LG, etc., with a global market share of 90%.

What is the Wafer?

Wafers are composed of pure silicon (Si). It is generally divided into 6-inch, 8-inch, and 12-inch specifications ranging. Samsung, Toshiba, Western Digital, Micron, etc. purchase silicon wafers to make into NAND Flash and DRAM wafers. Because of the different nanotechnology used by each company, the produced NAND Flash chips differ in performance, cost, and other aspects.

After making it into a NAND Flash wafer, the Wafer will be cut into one by one wafer, the professional term is called Die, the capacity unit of a single Die is Gbit, different from the unit of chip Gbyte, because 1 Byte=8 bit.

After cutting, then after testing, Samsung, Toshiba, Western Digital, Micron, etc. will be divided into qualified and unqualified Flash Die, test qualified Flash Die for packaging, unqualified Downgrade Wafer is some residual edges, the original factory will do scrap processing, there are also many in the form of blue film Wafer flow to the downstream packaging plant for processing, recycling Utilization, known as the black film Ink Die, and finally used by some small manufacturers for cheap bundled SD cards and USB flash drives and other products.

PrevPreviousRunning out of sand? Don’t worry, it’s not what makes chips
NextWhy is NFT so popular? What is the future of NFT?Next