Running out of sand? Don’t worry, it’s not what makes chips

Chip is the most integrated component in the semiconductor industry, and the silicon material used to produce it is mainly derived from sand and gravel. 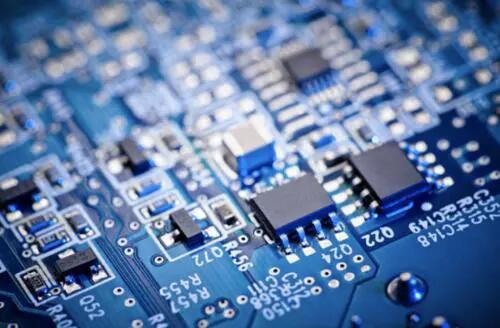 The current rate of extraction of sand and gravel has outpaced its natural recovery. As a result, the demand for sand on Earth may soon exceed the supply. The news that “sand is running out” has been a hot topic on the Internet for a while.

A recent article in the British journal Nature says

On the above issues, science and Technology Daily reporters interviewed relevant experts in the industry.

Stand out by its large inventory and easy purification characteristics

So how did sand and silicon become the basic material for semiconductor devices?

“This is mainly because the chemical properties of silicon are more stable and have excellent semiconductor properties; secondly, silicon is extremely abundant, with an abundance of 27.72% in the earth’s crust.” Chang Shuai, the associate researcher at the School of Materials, Beijing Institute of Technology, said in an interview with Science and Technology Daily that, in addition, today’s single-crystal silicon fabrication technology is very mature and related to wafer-based semiconductor manufacturing processes such as doping, lithography, etc. have also become popular, and manufacturing costs are relatively controllable.

Qin Rong, deputy general manager of Qinghai New Energy Branch of Yellow River Upstream Hydropower Development Co., LTD., a silicon manufacturing company, also pointed out in an interview with Science and Technology Daily that silicon has become the “soul” raw material of the semiconductor industry mainly because of its chemical properties.

“In industrial production, silicon is relatively easy to purify and can achieve very high purity. Silicon is becoming cheaper to make because it is available in large quantities and easy to purify, helping to lower the price of end products such as mobile phones and computers. In the past, laptops cost tens of thousands of yuan. Now you can buy a well-equipped computer for just a few thousand yuan.” Qin Rong said.

What kind of process does it take for sand to become silicon?

First, carbon is used to extract silica from sand rich in silica, and the silica in the sand is converted into a silicon material with a purity of more than 98 percent, also known as industrial silicon, by reducing it with charcoal powder, Chang said. However, industrial silicon with 98% purity cannot be used in chip manufacturing, and some chemical processes are needed to further purify the industrial silicon. Purified silicon belongs to polycrystalline silicon or amorphous silicon. At this time, although the purity of silicon reaches the standard, it still cannot be directly applied to the first-line production of precision semiconductor devices due to the chaotic arrangement of its internal atoms. Therefore, it is necessary to make monocrystalline silicon from silicon materials with purity standards through some methods. In the actual production operation, the staff mainly through the straight pull method or zone melting method, the polysilicon or amorphous silicon into single crystal silicon ingot.

“In short, only high purity monocrystalline silicon can be used as a production material,” Changshuai said.

Sand is the world’s largest natural resource in demand, second only to air and water, and also an essential basic raw material for human production activities.

Statistics show that the current global annual production of sand is about 50 billion tons. An article in the British journal Nature points out that this amount is higher than the natural regeneration rate. By the middle of this century, the demand may exceed the supply. And not long ago, a report from the United Nations Environment Programme showed that human demand for sand has tripled in the last 20 years with shifting consumption patterns, population growth, urbanization, and infrastructure development.

According to Changshuai, there is not much correlation between the rapid development of the semiconductor industry and the over-extraction of sand and gravel. “In fact, the oversupply of sand reported by Nature is most likely to occur in the construction industry, because there are certain standards for sand used in construction, and desert sand or sea sand generally do not meet the requirements, only river sand is suitable. Coupled with this, the rapid growth of the construction industry in recent years has resulted in the rate of extraction and consumption of river sand around the world exceeding the natural rate of recovery.” He said.

“Many things in our daily life are applied to silicon, such as optical fiber for communication, pesticides, shampoo, cosmetics, etc., but we just pay little attention to it.” Qin Rong said.

There is no substitute for silicon。

In this regard, both Qin Rong and Chang Shuai believe that with today’s technology, it is still difficult to find alternative raw materials.

“There is no new substance that can replace silicon.” Qin Rong said, “the first law of information technology” Moore’s law states that the number of components that can be accommodated on an integrated circuit is approximately 1 time every 18 months. “The number of components cannot grow indefinitely, and the number of components that can be integrated per unit area will reach its limit, after which new technologies are bound to emerge, but when they will emerge is unknown, so semiconductor device manufacturing will continue to follow the existing process, and silicon will remain the main manufacturing material.” She said.

In addition to technical factors, the cost is the biggest consideration when looking for alternative materials.

According to Qin Rong, in fields such as aerospace and military, where cost is less of a consideration and technical reliability is more important, alternatives to silicon may be affordable. But in most areas, the replacement of the existing “inexpensive” silicon and switch to other materials, is likely to lead to a sharp rise in the cost of electronic information products.

Changshuai’s view corroborates the above statement. He believes that, in the field of materials, scientists have conducted various types of research on new materials to replace silicon, but these researches are mainly focused on making up for some inherent defects of silicon, such as the carrier mobility of silicon is not fast enough, poor transparency and luminescence, etc. These disadvantages limit its application in certain fields of semiconductors.

“For a variety of new materials, whether it is the early gallium arsenide or the hot graphene, or a variety of organic semiconductor materials, they are in the practical application, subject to the tedious process or high cost, not yet able to shake the dominant position of silicon materials. Moreover, although some materials in a certain aspect of performance may be able to exceed the silicon, in other areas there is one or another drawback. Perhaps in the near future, when the material technology breakthroughs, these shortcomings are overcome, then the replacement of silicon materials really appeared.” Chang Shuai said.