Is SSD “Reliability” real or not? MTBF

Reliability refers to ability of a component or system to perform its intended function for a specified period of time under specified operating conditions. 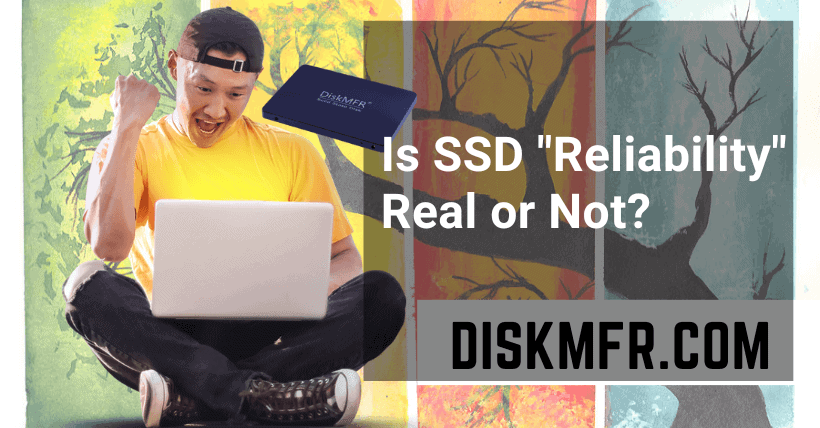 SSDs have become the solution of choice for more and more businesses due to their high read and write performance and low latency. They are essential in databases, virtualization, application acceleration, big data, cloud computing, and even artificial intelligence. Enterprise SSDs are often required to operate in demanding environments with high concurrency, high stress, and 24/7 operation, and their reliability is a primary concern of enterprise users.

Reliability refers to the ability of a component or system to perform its intended function for a specified period of time under specified operating conditions. For enterprise SSD, this is a significant index, which not only directly determines product delivery performance, failure rate, and other basic indicators, but also plays a key role in protecting data availability and consistency.

SSD “reliability” is typically measured by quantifying MTBF. MTBF denotes the Mean Time Between Failures, i.e. the ratio of the cumulative working time of the product in the full-service phase to the number of failures. Reflects product time quality, lower product failures, higher MTBF, and higher product reliability.

Compared to consumer SSD products, enterprise SSDs face greater reliability challenges. According to the OCP (Open Compute Project), the MTBF for enterprise SSDs deployed in data centers should be 2,000,000 hours, which is the current standard for enterprises. SSD. However, MTBF is something that needs to be verified by actual runtime testing and cannot be derived from anything. It is impossible to perform multiple validations of 2 million hours using traditional methods. So how do you get that MTBF of 2 million hours?

A: Based on a specific sample size, statistical extrapolation is performed by acceleration factor acceleration (such as write volume acceleration, and operating environment temperature acceleration) within a specified time period. The process simulates typical user scenarios, verifies theoretical values ​​through real tests, and approves product quality in advance. A rigorous runtime check will directly determine whether MTBF’s “Reliability Index” is in fact reliable.

Like most electronic products, SSDs conform to the characteristics of the bathtub curve (fall rate curve), which is divided into three critical periods.

Besides MTBF, MTTF is another reliability descriptor you may have heard of. For a serviceable device, MTBF = MTTF + MTTR, and the relationship is as follows:

Because MTTR is usually much smaller than MTTF, MTBF is approximately equal to MTTF.

In the simplest case, the MTTF calculation follows the following formula:

Acceleration factors in the above equation usually fall into three categories:

TBW is the lifetime of an SSD. Taking a PBlaze6 SSD as an example with an endurance of 1.5 DWPD and a user capacity of 3.84 TB, the total data write volume (array) of the PBlaze6 SSD in five years is 10.5 PB, equivalent to 5.76 TB data writing volume per day. If you increase the amount of data written per day (stress throttling), the lifespan of the SSD is consumed and failures occur more quickly. The TBW acceleration factor is calculated as follows:

Assuming a 100GB capacity SSD can be used for 5 years (43,800 hours) in a typical service scenario. The SSD lifespan is 175 TBW as defined in the product specifications. If 130TB of data is written in 1008 hours and the writing increase is 1.2, the TBW acceleration factor is 32. If more data is written in a short period of time, the TBW acceleration factor increases accordingly.

Due to the inherent nature of NAND, data retention decreases as temperature increases. According to the Arrhenius equation, one year (8670 hours) of SSD at 40℃ room temperature is equivalent to 52 hours in an 85℃ aging chamber.

JESD 22-A108 defines the impact of temperature on SSDS over time. HTOL (High-Temperature Operating Life) tests can be performed to determine the reliability of SSDS operating at high temperatures for a long period of time. The protocol states that SSDs must be tested at a junction temperature pressure of 125°C unless otherwise specified. However, enterprise SSDs are usually equipped with high-temperature protection logic to prevent high temperatures from storing NAND data and damaging components. Therefore, the actual operating temperature of SSDS does not reach 125°C.

For the temperature acceleration factor, the calculation is as follows.

Note that MTBF is strictly temperature dependent. This is also mentioned in the OCP Datacenter NVMe® SSD specification:

But there is always a gap between theory and reality. Actually, the MTBF test is difficult to achieve in terms of the product’s 10x acceleration factor. The TBW acceleration factor can only be used to test the lifespan of NAND particles and the reliability of the hardware. The parts like the circuit and physical interface should be considered in the practical test. This part, on the other hand, can only be accelerated by temperature. In practice, MTBF = 2 million hours of testing, you need to use at least 2000 samples under the influence of the acceleration factor, and it works for more than 1000 hours.

▮ What is the relationship between MTBF and AFR?

In addition to the MTBF index, there are other quantitative reliability indicators such as failure rate (λ) and annualized failure rate (AFR) into which AFR and MTBF can be converted.

1. The MTBF and AFR transformation formulas are as follows:

The corresponding relationship between MTBF and AFR values is as follows: