Q3 2020 earnings analysis: the joy and sorrow of the memory chip giants 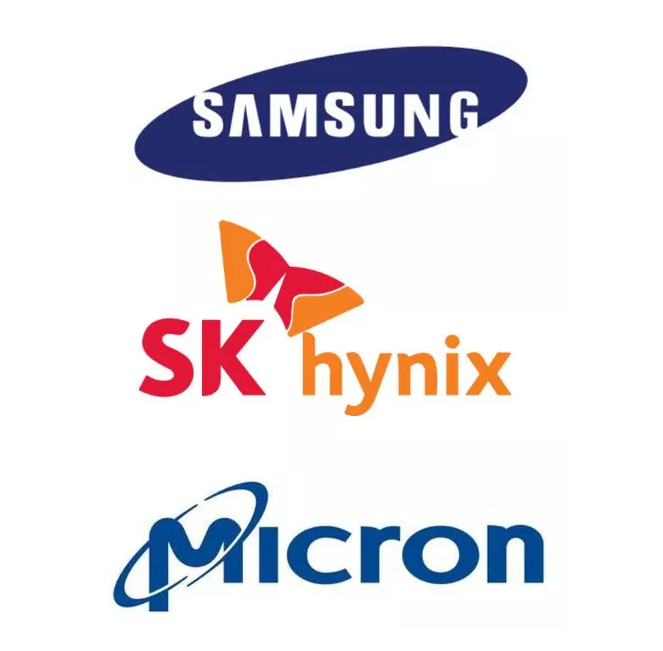 This year, a collection of many factors so that the chip is constantly on the hot search has become a hot topic for all people. Some time ago, hundreds of “amateur” enterprises investing in chips, set off a wave of speculation in the core of the whole population. In the chip field, the market is highly centralized industry characteristics, the industry circulated a saying, the first to live a very moist, two or three okay, the other tighten their belts to get by. Storage chip market concentration is high, basically showing the pattern of oligopoly, in 2020 on the latest financial report forecast, the performance of storage chip companies also once again confirmed this statement.

As the largest segment of the chip market, the market value of the memory chip accounts for the largest proportion of the entire chip field, in the memory chip market, DRAM products account for the largest share, about half, and NAND Flash products account for about 40 percent, other accounts for 10 percent.DRAM chips are used in servers, mobile phones, and consumer electronics, NAND Flash applications in memory cards, embedded storage, UFD, and SSDs on top. players in the DRAM and NAND Flash market include companies such as Samsung, Magnesium, and SK Hynix.

Samsung’s results could be in the red

Samsung, the leader in memory chips, maybe the one with the best third-quarter results. Samsung said profits for the three months to September may have risen 58 percent from a year ago. Samsung said in its earnings guidance that operating profit for the quarter may rise to 12.3 trillion won ($10.6 billion) from 7.78 trillion won a year earlier.

According to analysts’ forecasts, the September quarter results will be driven by growth in smartphone sales in the second half of 2020 and higher overall memory-related earnings. Daiwa Securities executive director SK Kim said the mobile division and the consumer electronics and home appliances business likely contributed to Samsung’s strong third-quarter results. Samsung’s improved cost structure and a shift to online marketing platforms in light of the coronavirus pandemic and backlog of demand helped boost the company’s earnings.

Low memory chip prices due to market oversupply could affect Samsung’s main profitable semiconductor business. The average selling price of memory chips is expected to remain weak in the fourth quarter of 2020 and declined by about ten percent per quarter. Demand for Samsung’s mobile chips is strong, while the launch of the new iPhone will give a boost to display units in the fourth quarter. It is understood that Samsung has received orders from Qualcomm and NVIDIA to produce the latest chips for them. In mid-September this year, Samsung Electronics won all the foundry orders for Qualcomm’s next-generation smartphone processor, the Snapdragon 875, with a contract value of nearly $1 billion.

Analysts said Samsung’s revenue for the quarter was lower than the previous quarter, as a partial recovery in global demand led to higher-than-expected earnings performance and shrinking sales of smartphones. Strong demand for cloud-based applications related to teleworking and online learning was led by strong demand for data centers and computers, while mobile demand was relatively weak. Revenue from the memory chips division improved. Samsung expects demand for mobile and graphic memory to recover, driven by buying interest in new smartphones and game consoles.

Along with the growing demand for storage memory, Samsung’s memory business will mainly invest in equipment to cope with more sophisticated process technology and capacity expansion, which can better reduce costs and increase capacity, in the foundry business, Samsung will mainly invest in the most advanced 5 and 8-nanometer process to further enhance capacity. Samsung will strengthen its technology leadership in DRAM through the comprehensive application of 1Z-nm and EUV products, and in NAND, Samsung will focus on improving cost competitiveness and accelerating the conversion to 6th generation V-NAND.

Looking ahead to the fourth quarter, the number of 5G subscribers and low- and mid-tier 5G smartphone launches will increase in tandem, customer inventory will increase, the foundry business will hit a record high, and Samsung will start mass production of 5-nanometer products and actively develop 4-nanometer process technology, and Samsung will start adding production lines at its Pyeongtaek plant to expand its foundry capacity.

SK Hynix results are likely to be dismal

According to the latest Korean media reports, South Korea’s second-largest chip maker SK Hynix said on Sunday that it expects its third-quarter operating performance to be poor in the face of falling memory prices, and the second third memory chip maker may be getting shot.

Analysts expect SK Hynix to post sales of 7.9 trillion won ($6.7 billion) in the July-September period, up 15.5% from a year earlier, while operating profit is estimated to rise 183% year-on-year to 1.3 trillion won in the same period, with earnings up sharply year-on-year due to a base effect as the company suffered one of its worst results last year due to an industry downturn.

For SK Hynix’s results, compared to the second quarter, SK Hynix expects sales to fall 8.9% and operating profit to fall 36.5%. Analysts expect SK Hynix’s revenue to fall in the third quarter due to lower DRAM and NAND flash memory chip prices caused by the industry’s excess inventory. Foreign analysts said the average selling prices of DRAM and NAND flash memory fell 9 percent and 7 percent, respectively, from the previous quarter, and the won fell 1.3 percent against the U.S. dollar from the previous quarter, which also seemed to have a negative impact on its earnings.SK Hynix avoided the worst-case scenario, as emergency orders from China’s Huawei Technologies Co. bit growth. Huawei had been aggressively sourcing semiconductors before the U.S. imposed export restrictions on Sept. 15, and SK Hynix is boosting DRAM bit growth for SK Hynix from negative 7 percent to 2 percent in the third quarter, given the emergency orders placed by Huawei in August and September.

Micron is not immune to performance decline

Micron Technology shares fell in an extended trading session on Tuesday, according to U.S. media reports, with the chipmaker pointing to challenges as it nearly doubled its profits and increased sales by $1 billion over last year due to strong cloud and consumer sales during the COVID-19 pandemic. The company said it didn’t know when it would get permission to sell its products again to one of its biggest customers, the Chinese telecom equipment company Huawei. The company has been barred by the Trump administration from receiving U.S. chip products.

The new ban on Huawei has had a significant impact on its results, with sales to Huawei, which accounted for 10% of fourth-quarter sales, ceasing on September 14, and Sanjay Mehrotra, CEO of Micron, said on a conference call, “We expect DRAM bit demand in the calendar 2021 industry to grow by approximately 20%. We further expect industry capital expenditures to lead to improved DRAM market conditions and industry profitability throughout the calendar year 2021. Storage industry NAND bit demand growth in 2021 is expected to be approximately 30%.”

Sanjay Mehrotra said, “Unless industry capital spending slows from current levels or demand exceeds our expectations, we run the risk of challenging profitability levels in the NAND industry.” While the handset business was hit hard, Micron CFO David Zinsner believes the company has seen some recovery in the mobile, automotive, and consumer markets.

Previously stockpiled chips have led to weak corporate demand, and some of Micron’s customers may be holding higher inventories. Micron reported its fourth-quarter net income of $988 million, or 87 cents per share, compared with $561 million, or 51 cents per share, in the year-ago quarter. Adjusted earnings, excluding stock-based compensation expense and other items, were $1.08 per share, compared with 56 cents per share in the year-ago quarter. Micron said the fourth-quarter results were driven by strong DRAM sales in the cloud, PCs, and gaming consoles, as well as higher QLC NAND shipments.DRAM sales accounted for 72 percent of revenue, at $4.4 billion, and NAND sales were $1.5 billion.

Although KIOXIA has yet to release its earnings forecast for the current quarter, KIOXIA is still looking forward to the second half of 2020, which stems from an improvement in the data center and enterprise storage markets. As the epidemic spreads around the world, the storage industry is expected to see a decline in demand for smartphones, and an increase in demand for SSDs for PCs and data centers due to changes in consumer behavior including increased workloads. KIOXIA is a global leader in memory solutions and in April 2017, its predecessor Toshiba Storage was spun off from Toshiba Corporation, which invented NAND flash memory in 1987.

According to TrendForce, a leading market research firm, the price of server DRAM products is expected to fall by 10-15% in the third quarter of this year. The price of mobile DRAM chips will fall by 8%, and the price of consumer DRAM chips will fall by a maximum of 10%. Previously, industry chain sources revealed that there is an oversupply of DRAM and NAND flash memory, and this situation will continue into next year, the average inventory of major memory chip manufacturers such as Samsung is now close to four months.

Although analysts predicted a decline, DRAM spot prices were not affected by overcapacity in September this year, but rather prices rose significantly, which directly boosted Samsung’s revenue figures. It is reported that in the DRAM segment, the online activities and video conferencing activities stimulated the demand for server products, which in turn boosted the demand for data centers. In the NAND segment, with the introduction of new services to data centers in the U.S. and rising demand for social networking and remote services in China, the recovery of mobile demand is expected to be driven by the growth of low- and mid-tier products. As for server SSDs, demand is likely to remain strong as online services and activities become more active. Weak demand for PCs is expected to lead to a decline in demand for enterprise SSDs, but recovery is expected by the end of the year as the market trends toward higher capacity.

For the storage industry, looking ahead to the fourth quarter of 2020, while there are still many uncertainties in the market, such as geopolitical issues as trade disputes and the speed of penetration of high-capacity devices, overall DRAM demand is expected to pick up with the release of new smartphones. Server demand in the second half of the year is likely to continue its strong growth with the launch of new gaming consoles. The unpredictability of the storage industry has increased under the dual challenges of the epidemic and the U.S.-China trade relationship, and the second half of the year will continue to be a long time of both challenges and opportunities.

PrevPreviousThe Process of How We Make SSD from a starting-to-finishing (For only Learning)
NextWhat are the advantages of SATA protocols such as PCI-E protocol and NVMe protocol?Next