In our chip manufacturing process, the lithography machine was in the "throat" of the link. China's gradually closing the gap with other countries. 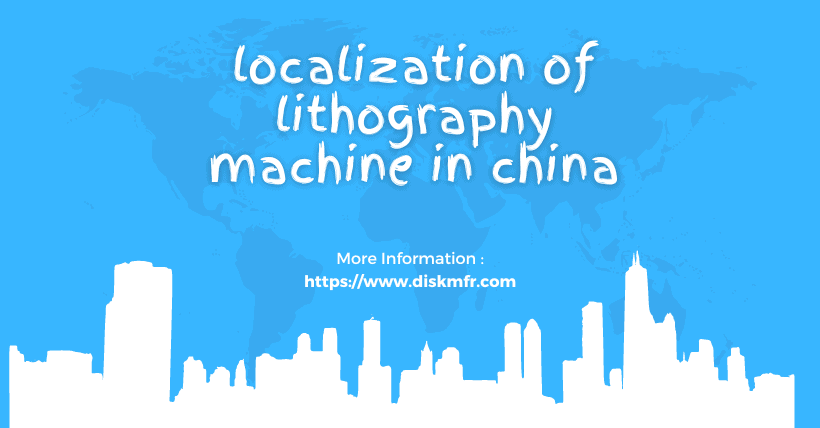 In the domestic chip manufacturing process, the lithography machine was in the “throat” of the link.

But there are three possible misconceptions about lithography machines.

※ We have no shortage of lithography machines

There are two main types of lithography machines: DUV and EUV. The former can only run 7nm processes, the latter is required for 5nm process chips and above. Due to the most advanced process and extremely high technical requirements, the EUV lithography machine can only be designed and manufactured by global lithography giant ASML, but the manufacturing process uses a lot of American technology.

The leading suppliers of DUV lithography machines in China are ASML from the Netherlands and Nikon and Canon from Japan. The DUV technology is developed independently by the Netherlands and Japan and is not restricted by the United States so it can be supplied normally.

At this time, however, EUV lithography is not urgently needed in China. If we can make further advances in DUV lithography, it is still possible to bring the domestic chip manufacturing process to 7nm or even higher. It was previously reported that the domestic lithography machine has a new breakthrough, it will realize from 90nm to 28nm, such as the power output, the degree of independence of the home chip is greatly improved.

※ With a lithography machine, you can make chips?

Wafer manufacturing processes are divided into “big three” + “small four processes”, the big three include lithography, etching, and deposition; The four steps include cleaning, oxidation, detection, and ion implantation. All of these seven previous processes are essential.

When we talk about the difficulties of the industry, we often refer to lithography machines, which leads many people to believe that if the lithography machine is not restricted, the problem of the “bottleneck” of the chip will be solved, which is not the case. the process flow of the chip, the front seven process equipment is indispensable.

※ Building a lithography machine is not the most pressing matter

So is the most pressing issue for China now to build a lithography machine? Not really.

Among the seven lead litigation teams mentioned above, the global lithography machinery is essentially monopolized by ASML, Nikon, and Canon, and the US has limited ability to intervene.

As we all know, there is a risk that the technology that the United States wants to import will be restricted. Therefore, the most urgent thing for China’s chip industry chain is to build lithography machines but focus on other more important technologies restricted by the United States.

However, although there is still a gap between China’s chip industry chain and foreign countries, we always have the confidence to catch up.

Looking back at the development of China’s lithography machine over the past 60 years, China had indeed independently developed a lithography machine at the earliest and most difficult stage, which once shortened the distance between China and the United States to seven years. Later, due to various factors, the gap widened again and began to face the risk of a supply disruption. So China stepped forward again to catch up.

In 2002, when Shanghai Microelectronics, China’s most advanced lithography machine, had just been established, He Rongming, a leading figure in the field of lithography in China, talked to foreign engineers about technical cooperation, but was mocked: “Even if we gave you a complete set of drawings, you couldn’t make it!“

With such a weak foundation and outward contempt, after more than 10 years of independent R&D, our domestic 90nm lithography machine finally reached mass production and was sold abroad. up to 40% of the global market.

As you can see, China is gradually closing the gap with other countries. Whether it’s a lithography machine or other limited equipment, the road to location may be a long one, but the spark lit our journey to victory.

PrevPrevious12 Expert Tips to Extend the Life of Solid-State Drives
NextDifferences between LGA, PGA, and BGA in CPU packagingNext