Intel may be in the best position, financially strong and technologically advanced, to revive semiconductor production locally. 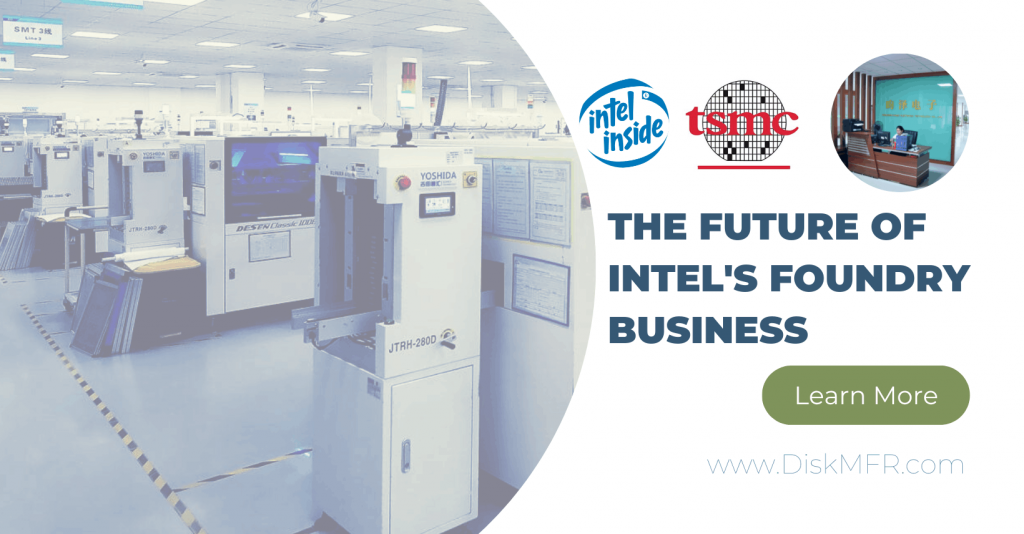 Of all the Western firms, Intel may be in the best position, financially strong and technologically advanced, to revive semiconductor production locally. That could put Intel at the heart of the U.S. government’s efforts to strengthen and secure the electronics supply chain.

Under the leadership of Pat Gelsinger, the company voluntarily fell into this vortex. Intel has cast itself as a defender of the U.S. government’s position in the geopolitical dispute over China’s role in the electronics supply chain. Gelsinger equated the government’s goals with Intel’s and announced plans to invest tens of billions of dollars in new fabs in the United States and Europe as part of the company’s IDM 2.0 initiative.

Building a vibrant semiconductor manufacturing business is one thing, but making it financially sustainable and competitive with market leader TSMC may require a deeper restructuring than Intel has so far planned.

Moreover, the company puts itself in a delicate position where its ability to be independent of government involvement and potential control could be compromised.

American political leaders have made it clear that they want to curb China’s role in the semiconductor industry and are looking for Western companies that can help achieve their goals. Intel fits the bill, according to industry sources.

That makes Intel one of the top five biggest spenders in the industry. Despite its current challenges, Intel is one of the few IDMs that can afford to build semiconductor factories on its own.

Intel’s advantage is not just its cash pile. It is also one of the leading innovators in semiconductor design and production, although it has recently fallen behind TSMC and Samsung. Gelsinger has made it a top priority to improve the company’s technological edge and has assigned people from both inside and outside Intel to carry it out.

However, winning the technology manufacturing race requires intense focus on a topic, which is not Intel’s business model today. The company tried to participate in many markets, trying to replicate the impact it had achieved in microprocessors in every other area it entered. But the company has achieved little beyond its core microprocessor business over the past two decades.

Without that, it can be harder to succeed in contract manufacturing. It’s a tough business that requires absolute trust between contract manufacturers and Fabless chip suppliers. TSMC has been good at this, in large part because of its philosophy of never competing with its customers. On TSMC’s most recent quarterly conference call, analysts worried that the company would compete with Intel, one of its biggest customers. TSMC executives are quick to stress their ability to compartmentalize operations and build firewalls between divisions to ensure customer data is not compromised.

TSMC has the upper hand here because, unlike Intel, it doesn’t make products for itself. But Intel is a well-known power player in several markets, and convincing foundry customers that proprietary design information and other business data can be kept separate from the company’s internal operations can be difficult.

The simple solution, according to industry analysts, is to split Intel’s business, spinning off its slow-growing design (MPU) business and focusing on its politically crucial manufacturing operations.

Intel should abandon its design and R&D facilities and create several companies. Of course, there are analysts who want them to get out of manufacturing and into R&D.

Forward on the road

Nothing illustrates Intel’s conundrum better than the conflict inherent in its tortuous relationship with TSMC. The microprocessor vendor is both a competitor and a customer of TSMC. Foxconn’s contract with TSMC runs until 2028 and could even be extended into the next decade.

Despite their close customer-supplier relationship, Intel and TSMC are facing a major clash. The two rivals are repositioning themselves to take advantage of the huge growth in the chip industry, a market that researchers believe will exceed $1 trillion by 2020. The stakes are enormous, and the economic and geopolitical factors driving the escalating competition are beyond either company’s control.

Intel has dominated the microprocessor market for decades, and despite some recent stumbles, it remains a behemoth compared to its closest competitor, AMD. In the foundry field, TSMC is far ahead. It supplies semiconductors to all the leading Fabless chip companies and many IDMs, including Intel, and undertakes more than 50% of their collective wafer requirements.

The intensity of the competition between Intel and TSMC will depend on Intel’s handling of its business. Struggling with manufacturing missteps and failing to grow even during the industry’s strongest upswing in years, Intel has embarked on a restructuring plan that includes the sale of operating units. The company recently announced plans to exit the Optane storage business. Under Gelsinger’s leadership, the company has made a number of moves in the past year, including re-entering chip manufacturing.

The launch of Intel Foundry Services (IFS) may be one of the more significant actions the company has taken since Gelsinger took over in February 2021, but that hasn’t assuaged investors’ concerns. Intel’s market value has taken a beating this year, losing nearly half its value since Gelsinger took over. Analysts covering the company are skeptical about the actions taken so far and suggest that more significant restructuring actions may be needed.

Intel and TSMC used to operate along parallel lines with each other, presumably never coming into conflict, with one American firm focusing on designing and manufacturing its own products and the other thriving as a middleman, making semiconductors for Fabless, vowing never to compete with customers. That worked for a long time, but the two companies trajectories are converging as Intel seeks to grow beyond its traditional microprocessor business.

Geopolitics will determine Intel’s ultimate fate. The company is at a crossroads similar to that of the 1980s when it transitioned from the memory market to a full-fledged supplier of microprocessors. Now the company must decide whether to remain a major supplier of microprocessors while acting as a foundry (indirectly competing with its own customers) or split the business in two, spinning off its design division and positioning itself as a foundry.