What Happened this week in China after U.S. Chip Act?

In the short term, the US technology blockade will affect the development of China's advanced chip manufacturing process to some extent, 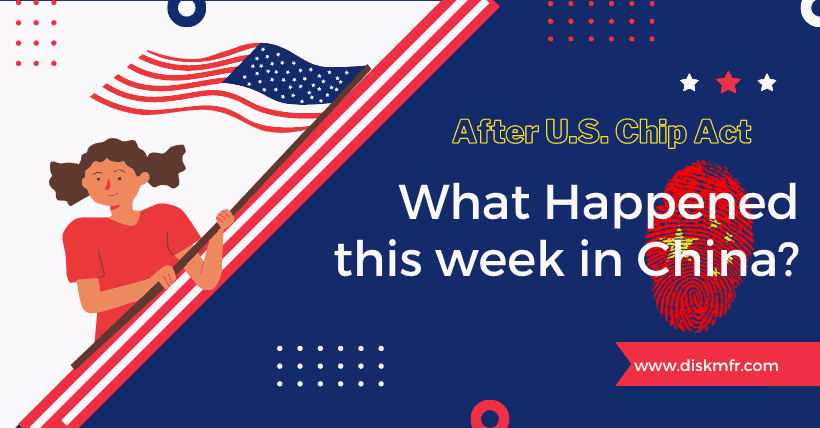 Distance to US local time (Friday) was released on October 7, and the export control rules were released last week, during this period the core of the new limit and influence rules will also be gradually clarified, including export restrictions. of China’s advanced chip technology is a comprehensive and sophisticated change, it includes advanced chip products, advanced manufacturing equipment, and semiconductor industry talent, and the “lock” can also continue to improve. According to the latest news, the US Federal Communications Commission (FCC) is planning to completely ban Huawei and ZTE from selling new devices in the US for reasons of national security.

Meanwhile, it is inevitable that the US will grant foreign chip companies in China, such as Samsung, SK Hynix, and Intel, temporary export waivers to keep global chip industry supplies stable.

Global chip stocks stabilized after the turmoil. The Philadelphia Semiconductor Index (SOX), which fell 6% on the day of new US export controls, pared losses to close 2.88% higher on Friday, while the teams’ index rose 2.28% on Thursday in Beijing.

With China being the world’s largest consumer market for semiconductor chips and the chip industry one of the most globalized in the world, the US crackdown on China’s semiconductor development is a major blow to the global chip industry. Applied Materials Inc., one of the top three US manufacturers of semiconductor equipment, has publicly stated that the restrictions on U.S. exports to China will cost the company approximately $400 million in quarterly net sales in its fourth fiscal quarter, which runs from August 1 to October 30.

The Chinese Ministry of Foreign Affairs, the Ministry of Commerce, and the China Semiconductor Industry Association (CSIA) have all issued statements in response to the new US regulations. The Chinese Foreign Ministry spokesman’s response said that the United States needs science and technology hegemony. Maintenance, abuse of export controls, malicious blocking, and for Chinese companies, this is a deviation from the principle of fair competition, which violates the rules of international business and trade and violates not only the legitimate rights and interests of Chinese companies but also the interests of American companies.

The spokesman for China’s Foreign Ministry said such practices hamper international scientific and technological exchanges, and economic and trade cooperation, and will affect the stability of global industrial and supply chains and economic recovery. US politicization, instrumentalization, and weaponization of science, technology, economics, and trade issues will not stop China’s development. They will just crash and backfire.

In the short term, the US technology blockade will affect the development of China’s advanced chip manufacturing process to some extent, but it is impossible to comprehensively slow down the pace of China’s semiconductor development, after all, the high-tech share of China’s semiconductor industry is less than 5%, more than 90% of the proportion is still mature technology. But in the field of mature technology, our country still has great potential. In the long term, the US action could serve as a “trigger” for China to achieve early self-sufficiency in semiconductor equipment.

Here are some of the responses and actions that were taken over the past week, beginning Beijing time, to the latest US export control rules.

Some of the moves are aimed at stemming the growth of China’s semiconductor industry, including banning the use in China of certain semiconductor chips manufactured anywhere in the world on US equipment; US companies supplying advanced manufacturing equipment to Chinese chipmakers must first obtain Department of Commerce approval; The Unverified List (UVL) of 31 Chinese companies, R&D institutions and other groups including Cheung Kong Storage; Limit US involvement in semiconductor development activities in China.

On October 8th, semiconductor stocks fell under the new rules

The Philadelphia Semiconductor Index (SOX), one of the leading sentiment indicators for the global semiconductor industry, closed down 6% on October 7th local time. Shares in KLA Corp, one of the top three US semiconductor equipment giants, fell 4 percent. Lam Research Corp and Applied Materials Inc fell more than 6 percent.

In response, a Chinese Foreign Ministry spokesman said the US side has abused export control measures to block and suppress Chinese companies to maintain scientific and technological supremacy. Such practices deviate from the principle of fair competition and violate economic and trade rules, which not only affect the legitimate rights and interests of Chinese companies but also affect the interests of US companies. Such practices impede international scientific and technological exchanges, and economic and commercial cooperation, and will affect the stability of global industrial and supply chains and the recovery of the world economy. . The politicization, instrumentalization, and militarization of US science, technology, and business trade affairs will not stop China’s development. It just blocks and turns itself on.

On October 10th, the Chinese Ministry of Commerce spokesman replied

A spokesman for China’s Ministry of Commerce said the US move not only affects the legitimate rights and interests of Chinese companies but also harms the legitimate business interests of US export companies from all countries, including China. China calls on all parties to strengthen cooperation and jointly build a global supply chain and industrial system that is safe, stable, seamless, efficient, open, inclusive, and mutually beneficial.

The CSI Semiconductor Products and Equipment Index, an index of Chinese semiconductor companies, closed down 7.1% on the first day of trading after the Golden Week holiday, with SMIC down 4% and semiconductor equipment maker Naolab down 10%, Huahong Semiconductor down 9.4 % and Micro Corp and Shengmei Shanghai 20%.

On October 11th, KLA will stop providing some services in China on October 11

According to Reuters, employees in China of KLA Corp, one of the top three US manufacturers of semiconductor equipment, received an email from the company’s legal department saying that as of 11:00 p.m. services for factories in China in some areas, including NAND chips with more than 128 layers, DRAM chips with 18nm and below and advanced logic chips.

On October 12th, Applied Materials said it was assessing the impact of the new rules

Applied Materials Inc., another of the top three US semiconductor equipment makers, said it is aware of the new export regulations governing the sale of US semiconductor technology in China and the impact it will have on its ability to ship equipment and provide services, to be evaluated. to specific customers.

According to Yonhap News Agency, an official with South Korea’s foreign ministry said the US Department of Commerce had told Samsung Electronics and SK Hynix that their factories in China could import devices without US government approval for a year. Korea’s SK Hynix also confirmed that it has received approval from the US Department of Commerce to receive chip equipment for its chip manufacturing facilities in China for a period of one year without additional licensing requirements.

On October 13th, ASML issued an internal letter in response to the new rules

According to Bloomberg, the top five semiconductor equipment companies, Dutch lithography giant ASML (ASML), released an internal letter stating before the further announcement that ASML U. employees must avoid directly or indirectly providing services to customers in China, transport or support, at the same time ASML is actively evaluating which specific factories will be affected by the regulation. The email ban applies to all US employees, including US citizens, green card holders, and foreign nationals residing in the US.

On October 13th, Applied Materials said it lost hundreds of millions of dollars each quarter as a result of the new rules

Applied Materials Inc, one of the top three US makers of semiconductor equipment, said China’s export restrictions cost it $250 million to $550 million in net sales in the quarter that ended Oct. 30 and reduced its net sales by about $4 in the fourth quarter, according to Reuters $400 million. More or less $150 million. It’s the first U.Semiconductor company to publicly quantify the impact of U.core restrictions in dollar terms.

On October 13th, TSMC gets a one-year US export exemption

According to Nikkei Asia, TSMC has received a one-year license from the US Department of Commerce to continue to order US semiconductor equipment for use at its facility in Nanjing, China. Helping customers in China to produce advanced graphics and AI processors. TSMC Chairman Wei Chee-Jia also told the French conference on Friday that the expansion of the Nanjing plant is progressing as planned, but the company will switch to a 28-nanometer process instead of the planned 7-nanometer demand.

On October 13th, Intel said it was authorized by the U.S. Commerce Department

Intel announced on social media that on October 11, local time, it received a one-year approval from the US Department of Commerce to continue its existing NAND flash memory chip business in Dalian, China.

The China Semiconductor Industry Association (CSIA) has issued a statement against the Ministry of Commerce’s export control regulations. He said in a statement that the China Semiconductor Industry Association (we) this kind of unilateral policy will not only further damage the global semiconductor industry supply chain and, more importantly, create an industrial atmosphere of uncertainty. For the past few decades, semiconductor industry professionals around the world have worked together to create mutual trust, friendship, and the spirit of collaboration that has had a great negative impact. The US government is expected to correct its mistake in a timely manner and return to the World Semiconductor Council (WSC) and Conference of Governments and Authorities on Semiconductors (GAMS) International Trade Negotiation Mechanism to communicate comprehensively and effectively exchange viewpoints to achieve a reach consensus.

On October 14th, The US is proposing a blanket ban on new equipment from Huawei and ZTE

The U.S. Federal Communications Commission (FCC) will ban Huawei and ZTE from selling new communications devices in the U.S. on national security grounds, according to an agency document, Reuters reported. In addition, China’s top three video surveillance equipment manufacturers, including Hinonda, Hikvision, and Zhejiang Dahua, are also affected by the ban and are prohibited from selling devices.

On October 14th, LAM Research said it was assessing the impact of the new rules

LAM Research said in a statement that it is currently assessing the impact of new U.S. export controls on advanced computing and semiconductor manufacturing in China.

Kendler, deputy assistant secretary for export control at the U.S. Department of Commerce, said on a conference call from the U.S. Department of Commerce’s Bureau of Industry and Security (BIS) that under the latest version of the Export Control Ordinance (EAR), Hong Kong and mainland China apply as the same control standard (e.g. going through the control license process), but Macau has different requirements for applying for licenses. The ECCN technical parameters for the export control of semiconductors from China will be aligned with the Wassenaar Arrangement. The BIS intends to incorporate the relevant provisions into the Wassenaar Arrangement pursuant to Article 746.8 of the Export Administration Regulations (EAR).

PrevPreviousNAND has been around for 35years, Where is the Future going?
NextWhat are the USB and its advantages?Next 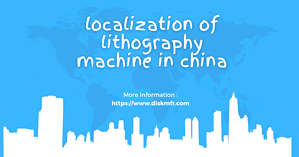