AES is a block encryption standard adopted by the US federal government. This standard, which replaces the original DES, is widely used worldwide. 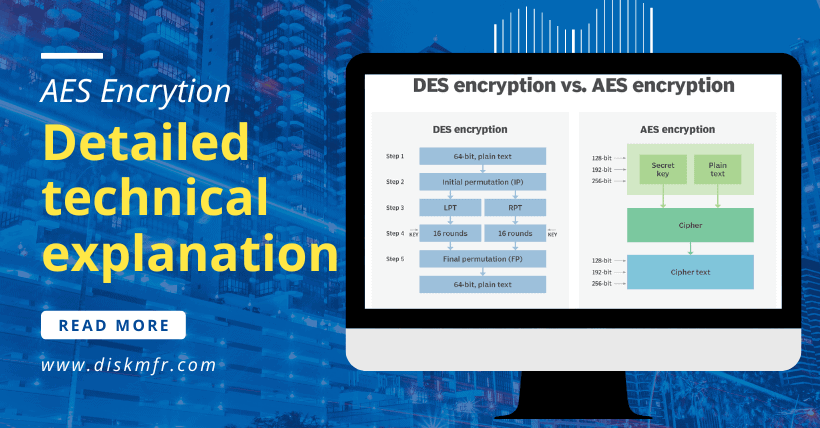 We know that the Data Encryption Standard (DES) key length is 56 bits, so the theoretical security strength of the algorithm is 2 to the power of 56. However, the mid to late 20th century is the period of rapid development of the computer. The advancement of component manufacturing technology makes the computing power of the computer more and more powerful. DES does not provide sufficient security.

In short, the DES standard secret key length requirement is too short, the security is not enough.

2. Why is the AES algorithm called the Rijndael algorithm?

On January 2, 1997, the National Institute of Standards and Technology (NIST) announced that it would propose an Advanced Encryption Standard (AES) [3] to replace DES. Many cryptographers around the world have responded to AES. world and many people have submitted their own algorithms. Five candidates made it to the final round: Rijndael, Serpent, Twofish, RC6, and MARS, with five of the authors pictured below. Finally, the Rijndael algorithm wins after rigorous steps such as security analysis, and hardware, and software performance evaluation.

AES is a symmetric encryption algorithm with the following advantages: high encryption speed; Disadvantages: If the secret key is lost, the ciphertext is easy to crack and the security is relatively low.

The algorithm mode of AES is usually AES/CBC/PKCS5Padding

The AES encryption modes are as follows:

Cipher Block Link (CBC) mode: All plaintext is cut into several small segments, and each segment is XORed with the original block or ciphertext segment of the previous segment and then encrypted with the key.

Electronic Code Book (ECB): The message to be encrypted is divided into multiple blocks based on the block password block size, and each block is encrypted independently.

For example Electronic Codebook (ECB) and Ciphertext Block Binding (CBC). The block cipher working mode, developed for symmetric key encryption, requires the input plaintext length to be an integer multiple of the block length, so the information must be filled in to meet the requirements.

2. So what exactly is PKCS5Padding?

Why JAVA if you specify the algorithm write AES/CBC/PKCS5Padding what each means and what it does.

In short: after receiving the raw data, the data must first be clustered. If the length of the cluster does not meet the cluster conditions, it is necessary to supplement and finally form a series of clusters when using the encryption and decryption algorithm, encryption, and decryption of the multiple groups. Therefore, AES, CBC, and PKCS5Padding are indispensable in this process.

When encrypting and decrypting data, the data is usually divided into several groups according to fixed block size. Then a problem arises. If the last group is not enough for block size, what should we do? The completion process is required at this point.

Complement rules: The value of each added byte is the number of bytes that are added, i.e. N bytes, each of value N are added.

The offset is generally added to increase AES encryption complexity and data security. The offset is normally used in AES_256, but not in AES_128 encryption.

The encryption process in action

In practice, the interaction between the client and the server is usually in the form of a string, so a good encryption process is:

The Notice of AES Encryption and Decryption

PrevPreviousSourcing from Hynix: Why is SSD better than HDD?
NextData Retention of SSD – Leave it unused and lose data?Next