What’s Flash Memory? Differences between Nand and Nor Flash? 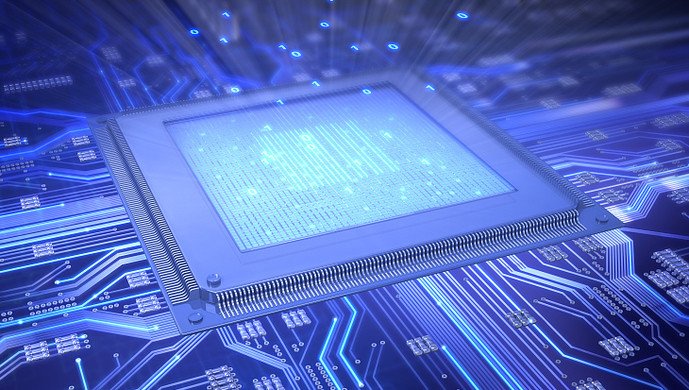 Flash memory products have become the mainstream of the market, a variety of flash drives, flashcards, all-flash arrays, are recognized by consumers for their high performance, and then rapidly popularized. Currently, flash memory products have not only made a great breakthrough in capacity but have also started to become more and more affordable. Learn more about what flash memory is, its classification and features, and common flash products below.

What is the Flash Memory？

（Flash Memory），It is a non-volatile memory (a type of memory that can save data even in case of power failure. The counterpart is volatile memory).

Flash memory is a memory that allows multiple erasures during operation and has a long life. It is mainly used as secondary storage to exchange and transfer data between computers and other digital products, such as memory cards and USB flash drives. Flash memory is a non-volatile memory, so it does not consume power for saving data alone.

As ordinary consumers, we just need to know that the products in our hands, such as flash drives or flashcards, use flash memory inside them, or understand that they use flash memory technology.

In 1989, Toshiba released the NAND Flash architecture, which emphasized lower cost per bit, had higher performance and was easily upgradable through an interface like a disk. NOR Flash features on-chip execution (XIP, eXecute In Place) so that applications can run directly within the Flash memory without having to read code into the system RAM. NOR has high transfer efficiency and is cost-effective at small capacities of 1 to 4MB, but the low write and erase speeds greatly affect its performance. the NAND architecture provides extremely high cell density, allowing for high storage density and fast write and erase speeds. The difficulty in applying NAND is that the management of Flash requires a special system interface. Usually reading NOR is slightly faster than NAND, while writing NAND is much faster than NOR, and these cases should be considered in the design.

Their own characteristics and differences

The main difference between NOR Flash and NAND Flash is the interface, NOR Flash has full random access memory mapping and dedicated interfaces (e.g. EPROM) for address and data lines. On the other hand, NAND Flash does not have a dedicated address line. It is made up of internal registers that send command, address, and data bus bit widths (I/O interface) via 8/16, which provides a more flexible configuration for many masters.

A memory cell holds one bit of information expressed as an “H” or “L” voltage. The MLC structure can hold two or more bits of information in a single memory cell and achieves faster transfer speeds, lower power consumption, and lower battery endurance ratios than SLC. This results in lower cost per unit, greater storage capacity, and better performance. The process within NOR Flash ensures that each memory cell is guaranteed to be good, similar to that of ROM. The structure and production process of NAND Flash, on the other hand, can randomly generate invalid blocks. These invalid blocks cannot be determined at the time of programming and are often referred to as “bad blocks”. In order to distinguish good blocks from bad blocks, Nand Flash chip manufacturers mark non-FFh in one of the addresses in the spare area to indicate bad blocks at the time of shipment. Flash factories test NAND in a wide temperature and voltage range; some blocks marked as bad by the factory may still work under certain temperature or voltage conditions, but they may fail in the future. So it is important not to erase the bad block markings. If the bad block information is erased, it can no longer be recovered and will bring hidden danger to your storage files.

Flashcard is the use of flash memory (Flash Memory) technology to achieve the storage of electronic information memory, generally used in digital cameras, handheld computers, MP3, and other small digital products as a storage medium, so the appearance of small, like a small card. At present, the capacity of a flash memory card is generally between 16GB-256GB, and the price is not expensive.

Solid State Drive is a hard drive made with an array of solid-state electronic memory chips, consisting of a control unit and a storage unit (FLASH chip, DRAM chip).

Flash disk is a USB interface without a physical drive micro high-capacity mobile storage products, it uses the storage medium for flash memory. As long as the USB interface on the computer can be connected to store read and write data independently. Flash disk volume is very small, only thumb-like size, extremely lightweight, about 20 grams, especially suitable for carrying. Flash disk without any mechanical device, shock resistance is very strong. Flash disk also has moisture and anti-magnetic, high and low-temperature resistance (-40 ° C ~ +70 ° C), and other characteristics, safety, and reliability are very good.

USB flash drive is a kind of flash memory, so it is also called a flash drive. The most important features are small and easy to carry, large storage capacity, and cheap price. It is one of the mobile storage devices mobile hard drive as the name implies is a storage product that uses the hard drive as a storage medium to exchange large-capacity data between computers, emphasizing portability. Mobile hard drive features, large capacity, high transfer speed, ease of use, increased reliability.

（All Flash Array），This is mainly used for enterprise-class storage to run business systems with high-performance requirements in the data center. Currently, the major big storage vendors have their own line of all-flash products.