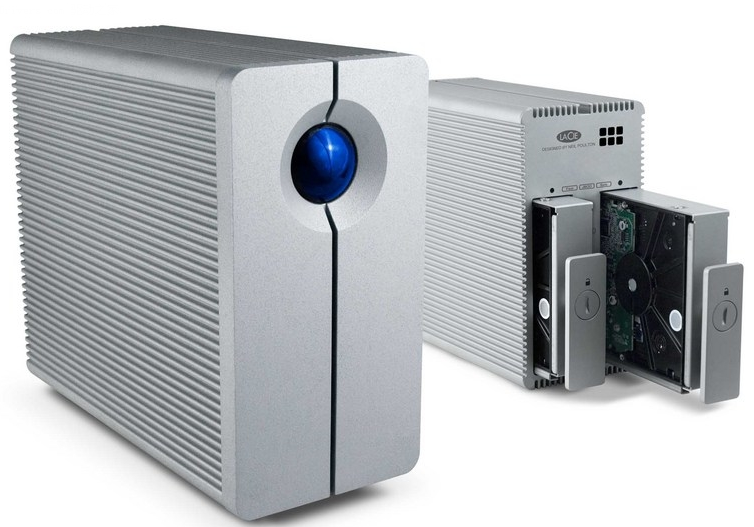 Concept of SAN: SAN (Storage Area Network) is a high-speed, dedicated network for storage operations, usually independent of a computer local area network (LAN). SAN connects hosts and storage devices together, and can provide a dedicated communication channel for any host and any storage device on it. SAN introduces channel technology and network technology into the storage environment, providing a new type of network storage solution that can simultaneously meet the requirements of throughput rate, availability, reliability, scalability and manageability

Usually, a SAN consists of a disk array (RAID) connected to a Fibre Channel (often called FC-SAN to distinguish it from an IP SAN). “SAN can also be defined as data storage-centric, it uses a scalable network topology, through the direct connection of optical channels with high transmission rates, to provide multiple selectable data exchange between any node within the SAN, and centralize data storage management in a relatively independent storage area network. SAN will eventually achieve in a variety of operating systems, maximum data sharing and data optimization management, and seamless expansion of the system.

In FC-SAN, there are some special hardware and software. The hardware includes an FC card, FC HUB, FC switch, storage system, etc. The software is mainly the driver of FC control cards for various operating systems and storage management software.

Because FC-SAN is optimized for transferring large blocks of data between servers and storage devices, it is ideal for applications such as the following:

Facing the rapidly growing demand for data storage, enterprises and service providers are gradually choosing FC-SAN as their network infrastructure because of the excellent scalability of SAN. In fact, SANs offer more significant advantages than traditional storage architectures. For example, traditional server-attached storage is often difficult to update or manage centrally. Each server must be shut down to add and configure new storage. In contrast, FC-SAN can add storage without having to go down and disconnect from the server, and FC-SAN can also manage data centrally, reducing the total cost of ownership.

Using Fibre Channel technology, FC-SAN can efficiently transfer blocks of data. By supporting the transfer of massive blocks of data between storage and servers, SANs provide an efficient way to back up data. As a result, the network bandwidth traditionally used for data backup can be saved for other applications.

In addition, FC-SAN allows for better control of the storage network environment and suits the needs of those transaction-based systems in terms of performance and availability. SAN leverages highly reliable and high-performance Fibre Channel protocols to meet this need.

Another strength of FC-SAN is the ability to transport blocks of data to enterprise-class data-intensive applications. During data transfer, FC-SAN has less processing overhead at the communication nodes (especially servers) because the data is divided into smaller chunks as it is transferred. As a result, Fibre Channel FC-SAN is very efficient at transporting large blocks of data, making the Fibre Channel protocol well-suited for storage-intensive environments.

In simple terms, IP-SAN (IP storage) communication channel is the use of IP channels, rather than Fibre Channel, the technology to connect servers and storage devices, in addition to the standard that has been adopted iSCSI, there are FCIP, iFCP and other standards being developed. And iSCSI is the fastest growing and has become a strong representative of IP storage.

Like Fibre Channel, IP storage is switchable, but unlike Fibre Channel, IP networks are mature and do not have interoperability issues, which is the biggest headache with Fibre Channel SANs. IP has been widely recognized by the IT industry and there are a very large number of network management software and service offerings available.

IP storage standards: IP storage in addition to the standard that has been adopted by iSCSI, there are iFCP, FCIP and other standards being developed.

iSCSI is a technology standard based on the IP protocol that allows users to build storage area networks (SANs) over TCP/IP networks. Before the emergence of iSCSI technology, the only technology to build a storage area network was the use of Fibre Channel, but its architecture required high construction costs that were far beyond the reach of the average enterprise. iSCSI technology emerged as a network environment for users of LANs, which requires little investment and allows for easy and fast interactive transmission and management of information and data. Compared to the previous network access storage, iSCSI emerged to solve the problems of openness, capacity, transmission speed, compatibility, security, etc., and its superior performance has been released since the day the market’s attention and favour.

FCIP is proposed as a standard method of connecting Fibre Channel SAN “islands” over existing IP networks and can be used to overcome Fibre Channel’s current distance limitations by connecting SAN islands across distances greater than those supported by Fibre Channel. It retries if the IP network has a high error rate.

FCIP solutions provide various more flexible ways for users to effectively manage business continuity systems, enabling real-time remote replication of data, and can provide users with disaster-tolerant, single-point-of-failure-free SAN solutions based on Fibre Channel controllers, enabling users to use IP networking technology on existing IT infrastructures and use regional SANs as a broader national or even global infrastructure as a data recovery site.

Because FCIP data recovery applications can run on top of existing network infrastructure, users do not need to allocate dedicated fibre optic cables for data volumes in the Fibre Channel when planning for business continuity. By leveraging FCIP solutions, enterprise users can now extend the reach of their SAN beyond the data centre and optimize their infrastructure investments with a variety of low-cost, high-performing remote storage applications.

Because FCIP data recovery applications can run on top of existing network infrastructure, users do not need to allocate dedicated fibre optic cables for data volumes in the Fibre Channel when planning for business continuity. By leveraging FCIP solutions, enterprise users can now extend the reach of their SAN beyond the data centre and optimize their infrastructure investments with a variety of low-cost, high-performing remote storage applications.

iFCP works by encapsulating FC data in IP packets and mapping IP addresses to separate FC devices. Since each type of FC device has its own unique identification in the IP network, it is able to send and receive storage data separately from devices located in other nodes of the IP network. FC signals are terminated at the iFCP gateway and storage communication is carried out in the IP network after signal conversion, thus iFCP breaks the distance (about 10 km) limitation of traditional FC networks.

NAS (Network Attached Storage) is network-attached storage. In a NAS storage architecture, the storage system is no longer attached to a server or client through an I/O bus, but is directly connected to the network through a network interface and accessed by users over the network.

A NAS is actually a storage device with a thin server that acts as a dedicated file server. This dedicated storage server removes most of the computational functions that were not applicable to a general-purpose server and provides only file system functions. Compared to traditional server-centric storage systems, data is no longer forwarded through the server memory, but directly between the client and the storage device, with the server playing only a control and management role.

If you have some more ideas or queries on Storage products, Please feel free to let us know, Thanks