The essence is the same, the basis is block storage, but the external interface is inconsistent or applied to different service scenarios. 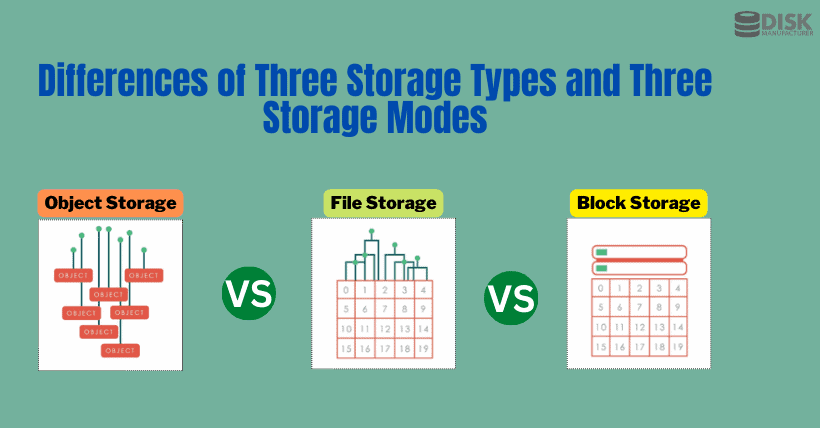 The essence is the same, the basis is block storage, but the external interface is inconsistent or applied to different service scenarios.

The two storage modes listed below are both block storage types:

Block storage allocates raw space to hosts. Block storage provides external services at the physical layer. The system using block storage is formatted with its own file system. Once used by a system, it is monopolized.

In this mode, the operating system also needs to partition and format the mounted raw hard disk, which is the same as the built-in hard disk of a common host.

It uses NFS or CIFS command sets to access data, uses files as a transfer protocol, and uses TCP/IP for network storage. It has good scalability, low cost, and easy management. For example, the NFS file system is commonly used in cluster computing, but NAS is not suitable for high-performance clusters due to its high protocol overhead, low bandwidth, and high latency.

To solve the problem of files not being shared, there is file storage.

File storage also has hardware and software integration devices, but in fact, as long as it is installed with the appropriate operating system and software, an ordinary PC can undertake FTP and NFS services, the shelf after the service from the server, it is a kind of file storage.

Host A can upload and download files directly to the file store. Unlike block storage, Host A does not need to format file storage as the file management function has been taken over by the file storage itself.

For example, FAT32 is a file system that directly stores a file along with metadata. The stored procedure first splits the file according to the minimum block size of the file system (for example 4 million files, if the file system requires 4K blocks, the file will be split into 1000 small blocks) and then writes it to disk. Data and metadata are not differentiated. Each block tells you the address of the next block to read and then continues to follow that order and finally completes the entire file to read all blocks. In this case, the reading and writing speed is very slow because even if you have 100 arms to read and write, only one arm works because it doesn’t know where the next block is until it reads the first one. block.

On the other hand, the object storage software has a special file system, so the external OSD corresponds to the file server, so there is no difficulty in sharing, but also solves the problems of file sharing. So the emergence of storage objects is a good combination of block storage and file storage advantages.

What are the key technologies for object storage file systems?

What object mode is used to access objects in storage objects?

On the storage device, all objects have an object ID. The object ID OSD command is used to access objects.

What are the main functions of the OSD?

PrevPreviousHow to check if your computer has an SSD or HDD?
NextHow to maintain the nozzle of the Surface Mount System?Next