Many people know that data can be saved because there's a component called a hard drive, but many people don't know how. 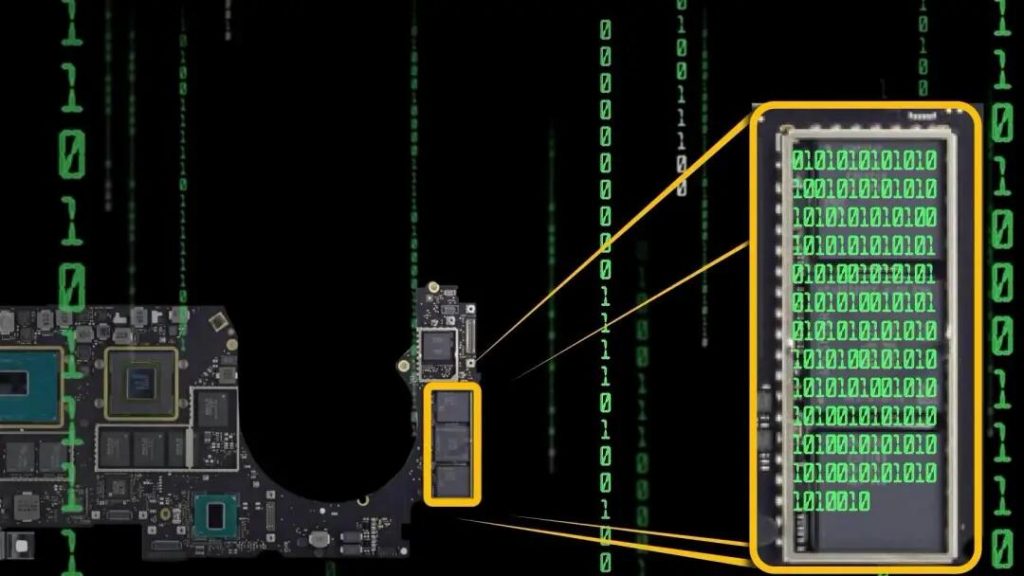 ▮ There are only 0 and 1 on the computer

The first thing we need to understand is that there are only 0 and 1 on the computer, so the data we deposit into the hard disk is actually a bunch of 0 and 1. In other words, if we have a way to record 0 and 1 we can record the data, for example, if we have 2 light bulbs, one does not light up light can indicate 01, that is, the number 1, both light up 11, that is, the number 2, the larger the number can be represented by more light bulbs.

▮ What are hard disks included?

▮ What is the purpose of a disk?

The purpose of a disk is to record data. On the disk are arranged many small particles of material, which are magnetic material, and can be permanently magnetized and changed poles, which represent the 0 and 1 in the computer binary.

Since the disk rotates to read and write data, the original design was to cut blocks out of concentric circles like disks. These blocks were integrated into a circle that could be accessed by the magnetic head on the robot arm. This cell is the smallest unit of physical storage on a disk, called a sector. It is typically 512 bytes in size, and the circle formed by a sector is called a track.

Therefore, to read a file, the head must be driven by a motor to find the corresponding track, and then wait for the disk to switch to the corresponding sector. This usually takes tens of milliseconds, which slows down the speed of the mechanical hard disk when reading data scattered around the disk.

Solid-state drives are much simpler than the complex structures found in mechanical drives. It mainly depends on the flash chip to store data as the medium, by the master chip to assume the data transfer, and allocate data stored in the flash chip above.

The basic memory unit of flash memory is the floating gate transistor, which is encased in silicon dioxide and insulated up and down, and can hold electrons in the event of a power failure, with the number of electrons above a median value of 0 and below a median value of 1.

The transistor every time before writing data to erase, add a voltage on the P-pole, floating gate original some electrons will be because of the quantum tunneling effect through the insulation layer is sucked out, so that the number of electrons in the floating gate is lower than the median value, reduced to 1; To write a zero, a voltage is applied at the control pole to send electrons through the insulation and back to the floating gate so that the number of electrons is higher than the median value, indicating a zero.

▮ What’s the difference between SLC, MLC, TLC, and QLC

Multi-order storage units greatly reduce the cost per unit capacity of SSDs but also affect disk life and performance. This is because as the transistor wipes data, the silicon dioxide insulation traps some electrons. The accumulation of these electrons gradually cancels out the voltage at the control pole, making the control pole need more and more voltage to run through the two N-poles. When the offset exceeds the median value, the reading becomes impossible to distinguish between 0 and 1.

However, multi-order storage units are more susceptible to this kind of offset due to the very fine division between different states, so the total number of erasures decreases geometrically from SLC to QLC.

▮ What are the inner structures of HDD & SSD?

Solid-state drives, with no mechanical structure, don’t have to worry about that. But solid-state drives also have a drawback: they store data by storing electrons inside storage cells. And an electron, you know, is a very, very small thing, so if you put an electron in the same place and erase it, and you do that over and over again, you’re going to have instability, you’re not going to write an electron. In particular, the upcoming QLC memory chip has four electrons in each memory unit, which greatly reduces the service life due to the interaction between the electrons.

However, a consumer MLC or TLC SSD will last you at least five years and is far better than a mechanical hard drive, with reading and writing speeds up to 10 times faster. In addition, SSDS work quieter and more earthquake-resistant because they don’t have complex mechanical structures.