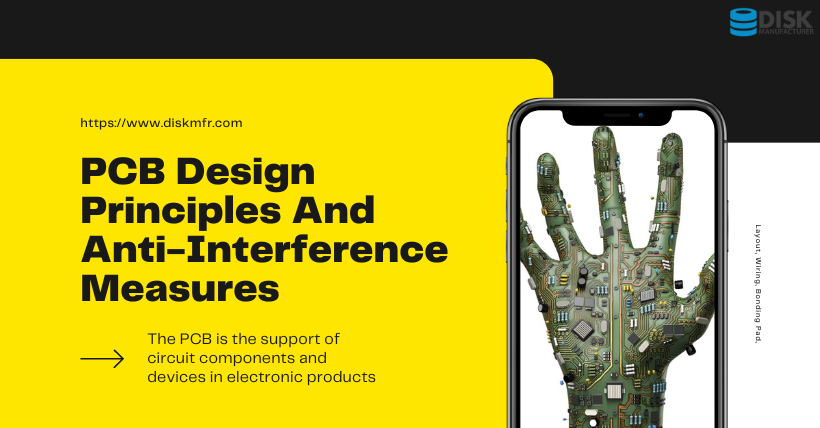 The Printed circuit board (PCB) is the support of circuit components and devices in electronic products. It provides electrical connections between circuit components and devices. With the rapid development of electrical technology, the density of PGB is getting higher and higher. The ability to resist interference is very important. Therefore, in the design of PCB. Must comply with the general principles of PCB design, and should meet the requirements of the anti-interference design.

To obtain the best performance of electronic circuits, the layout of components and wires is very important. In order to design the PCB with good quality and low cost. The following general principles should be followed:

First, consider the PCB size. When the PCB size is too large, the printed line is long, the impedance increases, the anti-noise ability decreases, and the cost increases. Too small, the heat dissipation is not good, and the adjacent lines are susceptible to interference. After determining the PCB size. Then determine the location of the special components. Finally, according to the functional unit of the circuit, all components of the circuit layout.

The following principles should be observed when determining the location of special components:

According to the functional unit of the circuit. The layout of all components of the circuit shall comply with the following principles:

The wiring principles are as follows:

According to the size of the printed circuit board current, rent the power cable width as much as possible to reduce the loop resistance. At the same time, the direction of power cables and ground cables is consistent with the direction of data transmission, which helps to enhance the anti-noise ability.

The principles of ground wire design are:

➡️Capacitor configuration of the lotus root

One of the common practices is to configure appropriate decoupling capacitors in the key parts of the printed board.

The general configuration principle of the capacitor is as follows:

In addition, the following two points should be noted: