IDE interface has been in continuous development, performance is also constantly improved, it has low price, strong compatibility characteristics 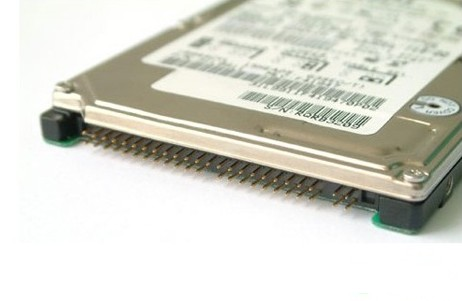 IDE full English called “Integrated Drive Electronics”, that is, “electronic Integrated Drive”, its original intention is to refer to the “hard disk controller” and “disk body” Integrated hard disk Drive together. Integrating the disk and controller reduces the number and length of cables used to connect the disk, improves the reliability of data transmission, and makes hard disks easier to manufacture because disk manufacturers no longer need to worry about whether their hard disks are compatible with controllers from other manufacturers. The hard drive is also easier for users to install. IDE interface technology has been developing since its birth, and its performance has been improving. Its low price and strong compatibility make it irreplaceable for other types of hard disks.

Ata-1 has a socket on the motherboard that supports a master device and a slave device, with a maximum capacity of 504MB per device and a piO-0 mode transfer rate of only 3.3MB/s. Ata-1 supports PIO modes, including PIO-0 and PIO-1, and PIO-2, as well as four DMA modes (not in practice). The ATA-1 interface comes with a 5-inch hard drive, rather than the current mainstream 3.5-inch drive.

Ata-2 is an extension of ATA-1 and is customarily also known as EIDE (Enhanced IDE) or Fast ATA. Based on ATA, it adds two PIO and two DMA modes (PIO-3), which not only increases the maximum transfer rate of hard disks to 16.6MB/S but also introduces LBA address translation mode, which breaks the inherent limit of 504MB and can support up to 8.1GB hard disks. In the BIOS Settings of a COMPUTER that supports ATA-2, it is common to see Logical Block Address (LBA) and CHS (Cylinder, Head, Sector) Settings. At the same time, the main board of the EIDE interface generally has two EIDE ports. They can also be connected to a master device and a slave device so that one motherboard can support four EIDE devices. These two EDIE interfaces are commonly referred to as IDE1 and IDE2.

The ATA-3 did not introduce a higher speed transmission mode and did not see any improvement in transmission speed, with the top speed remaining at 16.6MB/s. Only the power management scheme is modified, and a simple password protection security scheme is introduced. But it introduced a game-changing Technology: self-monitoring Analysis and Reporting Technology (S.M.A.R.T). This is a timely manner to include head, platters, motor, circuit monitoring, and hard disk parts by detecting circuit and the host of the monitor software to test the monitored object, its operation condition, and history with the default analysis, comparison, the TVC as beyond the scope of TVC, warned automatically to the user, and potential failure to the hard drive to make prediction effectively, Improves data storage security.

Ultra DMA data transfer mode has been officially supported since the ATA-4 interface standard, so it is also common to refer to ATA-4 as Ultra DMA 33 or ATA33. For the first time, the ATA interface adopts Double Data Rate technology, which allows the interface to transmit Data twice in a clock cycle, with one Data transfer during the clock rise and one Data transfer during the clock fall. Thus, the Data Transfer Rate increases from 16MB/s to 33MB/s. Ultra DMA 33 also introduced a new technology – redundancy check (CRC) operation, the technical approach to the design of the system and the hard drive in the process of transmission, along with the data sent cyclic redundancy check code, the other party in charge of the school difficult code inspection, only in the case of fully check the right to receive and process the data, This is a very powerful guarantee for the security of high-speed data transmission.

Ata-5, also known as “Ultra DMA 66” or ATA66, is based on the Ultra DMA 33 hard disk interface, also using UDMA technology. Ultra DMA 66 lets the host receive/send data at 66.6 MB/s, twice as fast as the U-DMA/33. The redundancy check meter (CRC), the core technology of the previous generation Ultra DMA 33, is retained. At the same time as the operating frequency royalty, electromagnetic interference problems began in the ATA interface. To ensure the accuracy of data transmission and prevent electromagnetic interference, the Ultra DMA 66 interface began to use 40-pin 80-core cables. The 40-pin cable was designed to be compatible with previous ATA slots and reduce the cost increase. The new 80 cores are ground cables, corresponding to the original data lines one by one, which can reduce electromagnetic interference between adjacent signal lines.

Ata-7 is the last version of the ATA interface, also known as ATA133. Only Mac Top has launched a line of ATA133 hard drives, the first IDE hard drives to exceed 100MB/s in interface speeds. Maxtor is currently the only manufacturer to offer such an interface standard, while other IDE disk manufacturers have stopped developing IDE interfaces in order to produce Serial ATA disks. ATA133 interface supports 133 MB/s data transmission speed. When the ATA interface was developed for ATA100, the cable properties, connectors and signal protocols of this parallel interface showed great technical bottlenecks, and it is quite difficult to break through these bottlenecks in technology. The emergence of new hard disk interface standards is inevitable.