Top Players of Chip is trapped in the PC in 2022

The plight of chip & semiconductor industry giants is not only being affected by recent chip ban But also the cold in the global PC market is spreading. 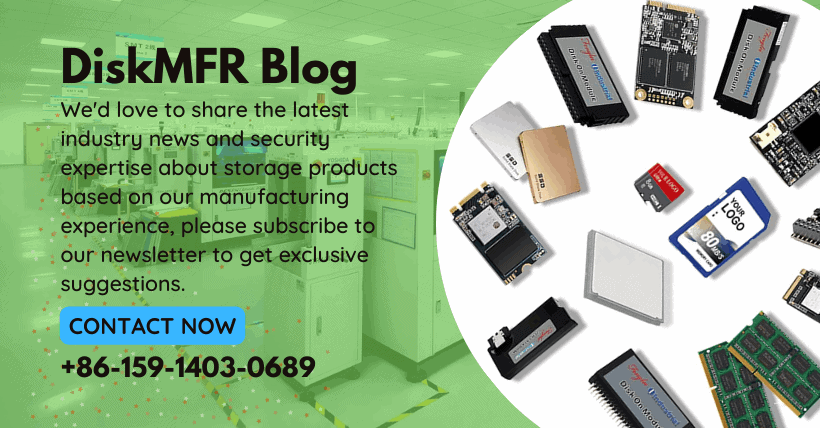 From boom to the storm, the semiconductor industry has changed very quickly.

The industry’s total revenues rose by a quarter year on year to $580bn last year, according to IDC, and the market capitalization of chipmakers has soared, making TSMC one of the world’s 10 most valuable companies. This year, the Philadelphia Semiconductor Index is down 42 percent, especially after the October holiday. U.S. chip stocks have been hammered by the close of trading on Oct. 10, with Nano Semiconductor (NVTS.O) down 11.57 percent, Qualcomm (QCOM.O) down 5.22 percent, Nvidia (NVDA.O) down 3.36 percent. Intel fell 2.02 percent.

Intel is facing an unusual mass layoff. According to various overseas media reports, Intel Corp. plans to lay off jobs that will affect thousands of people, including sales and marketing, with some departments facing cuts of up to 20%.

The plight of the chip and semiconductor industry giants is not only being affected by the recent chip ban, but more importantly, the cold in the global PC market is spreading throughout the industry chain.

Recently, IDC, Canalys, and Gartner released PC shipping data for Q3. IDC’s World PC Market Quarterly Monitoring Report found that global PC shipments were 74.3 million units in the third quarter, down 15% year-on-year and returning to the level of a decade ago; Canalys reported that global PC shipments fell 18% year over year to 69.4 million units in the third quarter, while Gartner reported a 19.5% year-on-year decline, the largest decline in more than 20 years represents.

In the past two years, with teleworking, online education, and other aspects of increased demand, the global PC industry welcomed a rare recovery, but it seems that the two-year growth has exceeded the expected consumption potential of the PC industry.

As the core market of the global PC industry, the problem of insufficient power consumption in the PC market is haunting China again. On the one hand, individual consumers take longer to switch computers. As in the smartphone industry, young people are increasingly reluctant to replace their phones or computers, and computers outlive their phones, so it’s a common reality that they prefer to keep their old computers, and have no strong desire to buy a new computer.

One consumer who bought a computer in college and has used it since said that their Lenovo laptop has been in use for almost seven years and is fine except for occasional glitches and reduced battery life.

One of the main reasons for the decline in consumer PC demand is that the leading role of the gaming market is weakening. According to Gameslndusty, mobile gaming accounts for more than 50% of the PC, console, and mobile gaming categories. In 2021, when the PC was the smallest, it made up just 20% of the market, and its share is still shrinking. In addition, the number of games released in our country is obviously reduced in a big way, and the existing performance of the games can already reach the performance of most games on the market, so players are not too keen on replacing computers.

An offline Asus retailer said that during the July off-season we “couldn’t sell a single laptop a day.”

On the other hand, corporate demand for IT purchases has fallen even more sharply; According to IDC’s China PC Display Market Quarterly Tracking Report, the commercial market shipped 3.32 million units in the second quarter of 2022, down 29.9 percent year-on-year. Among them, the government and education orders were sharply reduced, the government and education market decreased by 41.1% year on year, the budget of big customers decreased by 26.3% year on year, and the small and medium-sized enterprises also faced the pressure of survival, decreased by 23.5% year on year.

Work situation, life pressure, income, and expenses… As a result of these factors, companies are more careful when making purchases, which corresponds to consumer attitudes to saving money as much as possible.

Boom for PC, bust for PC?

Intel in particular launched a new generation of Pentium series processors in the late 1990s, which accounted for up to 80% of the market at the time. In 1999, Intel’s market value surpassed US$500 billion, and the PC processor market officially marked the beginning of the Intel era.

For a long time, the PC industry should more precisely say that PC manufacturers, although sung about, formed a huge industry chain around the PC that was actually continuously in the supply of semiconductor companies that fueled the prosperity of semiconductors. Industry. But today’s PC weakness is global and industry-wide, and in the context of the global economic downturn, it seems unlikely to find a new “engine” to boost demand any time soon. Hence, the PC-dependent semiconductor giants are in jeopardy.

Intel, for example, Intel as the world’s largest semiconductor manufacturer, half of the company’s revenues are derived from the personal computer business, more than 51%, of cloud services and communication services, accounting for 33%, is the second largest business sector, the company’s intelligent company in industrial, medical and intelligent, automatic driving, AI, enterprise embedded service income accounts for only 9% of revenue.

Intel’s client computing (CCG) business, which is closely linked to the PC industry, posted revenue of $7.665 billion in the second quarter, down 25% year-on-year, while its data center business and Artificial Intelligence (DCAI) reported revenue of $4.649 billion, down 16% YoY.

Different from Intel, AMD had maintained its growth trend, with the data center, gaming, and embedded business revenue showing a growth trend, but client business revenue suffered a sharp decline, which directly led to AMD’s revenue. well below market expectations this quarter. According to AMD’s second-quarter numbers, AMD’s PC business accounted for more than 30%. Perhaps with the demise of PCs or smartphones, many semiconductor giants are trying to reduce their reliance on consumer businesses. Example. According to Micron’s financials, sales of consumer memory chips from smartphones and personal computers accounted for 48% of Micron’s total revenue in fiscal 2022. Compared to fiscal 2021, this share has decreased by 7% this fiscal year and is expected to decrease to 38% in fiscal 2025.

Chip giants are also looking for other ways

As the cold winter of the global PC market hit upstream semiconductor companies, the ever-increasing export control of the United States undoubtedly intensified the attack on these semiconductor companies, which may cause them to lose orders in our country on a large scale, thus reducing the overall performance. And the downturn in the PC industry has shifted from the chip giants to device makers like ASML, Applied Materials, Colet, and Pan-Lam, which are also the first to be hit by the new US export controls

Statistics show that China has become the world’s largest market for five major equipment manufacturers, including Applied Materials, Tokyo Electronics, ASML, Klei, and Panlin Group, accounting for about a quarter of the five’s total global sales. Therefore, an export control on the income of these companies is conceivable.

To make matters worse, the semiconductor industry is an apt description, but the giants are also actively seeking new breakthroughs, most directly laying their eggs in more baskets.

Despite weak demand from consumer categories such as mobile phones and PCs and high destocking pressures in the industry chain, driven by 5G, AI, HPC (high-performance computing), autonomous driving, and other fields, and the digital reform of enterprises, these industries can absorb more categories of semiconductor products advance, including high-end CPU, GPU, and AI chips. Also includes MCU, SoC, power semiconductors, etc.

Take the example of autonomous driving. As cars become smarter and more electrified, the development of AI chips, millimeter wave chips, and lidar have become new markets for semiconductor manufacturers to compete in the automotive sector.

Of course, market segments driven by these new demands do not seem optimistic, especially since once a market becomes popular, almost all semiconductor giants will enter, greatly increasing the degree of cutthroat competition in the market. In autonomous driving, for example, semiconductor companies such as Intel, Samsung, and Qualcomm not only compete with each other but also with traditional auto chip leaders and specialized AI companies.

And the new demand is in a market that currently doesn’t compare to the PC and smartphone market. The PC and mobile phone markets together account for about half of the chip industry’s demand, while data centers and automakers each consume about a tenth of the world’s chips, with the remainder being small.

Unless the next truly disruptive technology and product comes along. What do you think?